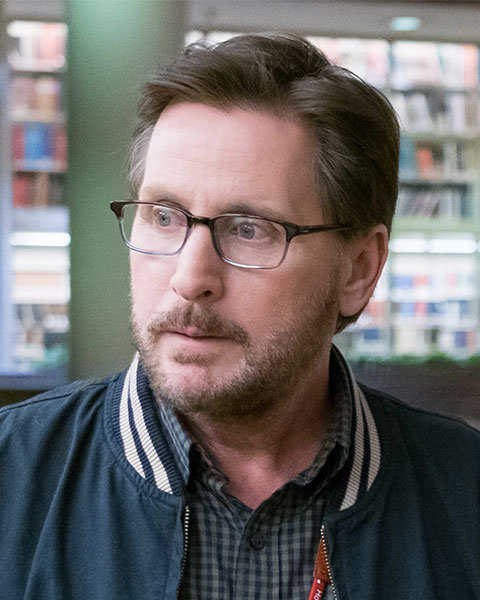 "the public" is Emilio Estevez's fifth film as writer/director/actor. Emilio has established himself not only as an accomplished actor, but also as a talented writer, director and producer. In 2011, Emilio released the indie hit film and the spiritual drama "The Way" about a father's pilgrimage along Spain's Camino de Santiago.

In 2006, he wrote, directed and co-starred in the Golden Globe nominated for Best Picture “Bobby,” which revisits the night Robert F. Kennedy was assassinated at the Ambassador Hotel in 1968 and is set against the backdrop of the cultural issues gripping the country at the time, including racism, sexual inequality and class differences.

He made his acting debut in Tim Hunter’s “Tex” and appeared in Francis Ford Coppola’s ensemble drama “The Outsiders,” both based on S.E. Hinton novels. Estevez’ performance as a quintessential high-school jock in John Hughes’ “The Breakfast Club” won him widespread attention and acclaim. Later that same year, he went on to appear in “St. Elmo’s Fire” before starring in “That Was Then, This Is Now,” for which he also wrote the screenplay. Estevez made his directorial debut in 1986 with “Wisdom,” which he also wrote and starred in. In 1996, Estevez directed Martin Sheen for the first time in the Vietnam drama “The War at Home” which Emilio also starred in and produced. In 2000, he directed and co-starred alongside his brother, Charlie Sheen, in Showtime’s “Rated X” which was the first time Estevez and Sheen portrayed brothers on screen. Other film credits include, “Repo Man” “Stakeout,” “Young Guns” “Young Guns II,” “Mission: Impossible,” and “The Mighty Ducks.” In addition to creating original material as a screenwriter, the past few years has also seen Emilio working behind the camera, directing many popular television shows including, “Cold Case,” “CSI:NY” ”Numbers” and “The Guardian.