Purpose/Objective(s): Current ASTRO guidelines recommend the use of hypofractionated whole-breast irradiation (HF-WBI) for women age ≥50 with breast cancer, although this age cut-off is currently being revised based on long-term follow-up of several randomized trials showing no difference in outcome between hypofractionation and conventional fractionation by age. Yet, HF-WBI remains underutilized in North America even in women age ≥50. We have previously shown that we were able to change the practice pattern for women age ≥50 using clinical pathways, which mandated hypofractionation in this population. We next sought to evaluate whether we could use clinical pathway modifications to achieve a similar effect on adoption of HF-WBI for women younger than 50 within a large, integrated radiation oncology network of 17 sites.

Materials/Methods: The breast clinical pathway was modified in January 2016 (Amendment 1) to allow HF-WBI as a pathway-concordant treatment option for women age <50, while conventional fractionation was maintained as the preferred option. In December 2016, the pathway was modified to mandate HF-WBI as the only pathway-concordant option (Amendment 2). All pathway-discordant plans were subject to peer-review and justification. Women younger than age 50 treated for stage 0-IIA breast cancer were included in this analysis. Patients were excluded if the regional lymph nodes were treated. Potential predictors of use of hypofractionation were analyzed using binary logistic regression, including timing of patient appointment in relation to pathway amendments (before, after Amendment 1, and after Amendment 2), age, and practice setting (community vs. academic).

Conclusion: With implementation of a clinical pathway amendment, which mandated use of HF-WBI regardless of age, the utilization of HF-WBI for women younger than 50 rapidly increased from 4.2% to >95%. Clinical pathways are a useful tool in standardizing patterns of care to reflect the most up to date clinical evidence. 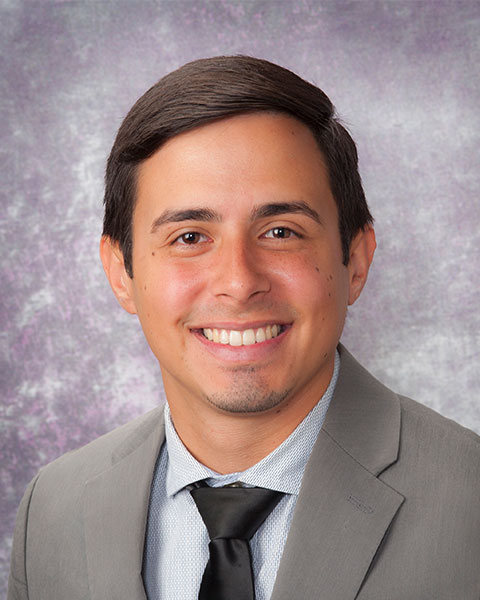 Biography:
My name is Joshua L. Rodríguez-López, MD. I am a second year radiation oncology resident (PGY-3) at UPMC Hillman Cancer Center in Pittsburgh, PA. I was born and raised in Puerto Rico. My medical school, Ponce Health Sciences Univeristy School of Medicine, is located in the southern part of the island, a city named Ponce. After completing my internship at the University of Puerto Rico School Medical Sciences Campus, I moved to Pittsburgh for my radiation oncology training.