Purpose/Objective(s): Sustained locoregional control of breast cancer is a significant issue in patients with high risk disease. We recently reported the results of a phase I clinical trial describing acute and late toxicity of PARP1 inhibition (PARPi) with concurrent veliparib and RT. The purpose of this study was to determine predictive biomarkers of acute (during treatment) and late (1, 2, and 3 year) toxicity in patients treated with PARPi and RT from that trial. We hypothesized that protein and gene expression changes in skin epithelial cells after concurrent PARPi and RT might be used as predictive biomarkers of toxicity.

Materials/Methods: Acute toxicity was any dose-limiting toxicity defined in the protocol; late toxicity was defined as any CTCAE v4 Grade 3 event, regardless of attribution. Skin punch biopsies from the irradiated field were taken from patients at baseline (pretreatment T=0) and 6 hrs after first fraction of RT alone (T=1). Veliparib was then started and a 3rd punch taken 6 hrs after the second fraction of RT (T=2). RNA was isolated from skin epithelial cells and gene expression assessed using Affymetrix Human Gene ST 2.1 arrays. GSEA and MSigDB software was used for analysis. Significant difference was predetermined as a log2 fold change of+/-1.5 and FDR adjusted p-value <0.05. Protein changes (pγH2AX, PAR, Ki67) were detected using IHC and quantitated using Aperio Digital Path software.

Conclusion: This demonstrates the feasibility of using skin punch biopsy in the irradiated field for biomarker analysis and identification of a number of putative biomarkers of early and late radiation toxicity following combined PARPi and RT treatment. Additionally, for the first time in patient skin punch samples we report (1) gene expression changes in acute responding genes shortly after RT and (2) decreased proliferation after combined treatment. Future trials will validate the utility of these biomarkers for predicting toxicity and will seek to identify biomarkers of treatment efficacy. 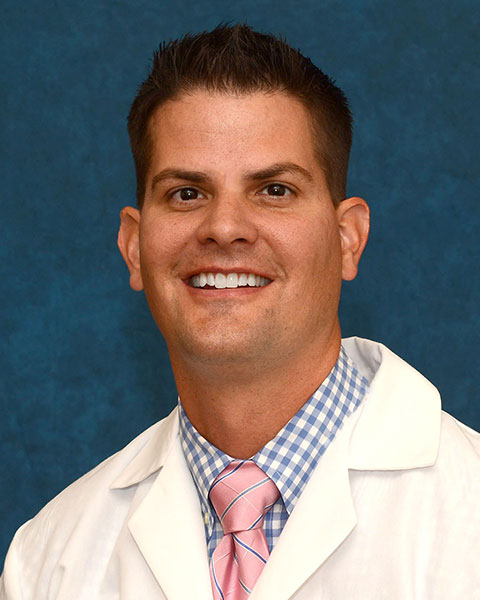 Biography:
Dr. Speers is an Assistant Professor at the University of Michigan Rogel Cancer Center in the Department of Radiation Oncology. He completed his medical and graduate degrees in the MSTP program at Baylor College of Medicine before completing his residency and Holman Pathway training at the University of Michigan in Ann Arbor. After joining the faculty at the University of Michigan as a physician scientist, he has continued his research exploring the biology of aggressive breast cancers, including inflammatory and triple-negative breast cancer. His laboratory is interested in “bench to bedside” research that includes basic mechanistic studies, translational pre-clinical studies, and clinical research. His interest in targeted therapies include PARP-inhibitors, CDK 4/6 inhibitors, and androgen receptor antagonists as agents for radiosensitization. His lab has also utilized kinome screens to identify novel targets for the treatment of aggressive breast cancers, including triple-negative breast cancer. In addition, his research group has a number of clinically oriented and bioinformatics based studies that focus on the nomination and validation of expression-based signatures to predict breast cancer patients that need treatment intensification and signatures to identify patient who will not need further adjuvant therapy for breast cancer. Finally, his translational work focuses on correlative studies looking at biospecimens from clinical trials to uncover ways to predict treatment efficacy and toxicity.