Purpose/Objective(s): Rectal toxicity is a potential late complication of radiation therapy for localized prostate cancer. A randomized trial in patients treated with IMRT supported the use of a bio-absorbable hydrogel spacer, inserted between the rectum and prostate, to reduce rectal toxicity. Proton beam therapy (PBT) improves low to moderate dose rectal dosimetry parameters and decreases integral dose compared to IMRT; however, rectal toxicity can still occur given the proximity the prostate to the anterior rectal wall. The benefit of a hydrogel rectal spacer for patients undergoing PBT has not been well studied. We examined the dosimetric impact of rectal spacer and late rectal bleeding rates in patients undergoing PBT.

Materials/Methods: Patients with localized, clinical stage T1-2 prostate adenocarcinoma were treated at a single institution using conventionally fractionated PBT (typically 79.2 CGE in 44 fractions) from 2013 to 2017. Baseline clinical parameters were collected prospectively in an IRB-approved registry. Intraprostatic fiducial placement for daily image-guided RT. A subset of patients also had a commercially available hydrogel spacer transperineally inserted in the pre-rectal space at the time of fiducial placement. Daily immobilization with rectal balloon was used in patients who did not undergo spacer placement. Late GI toxicity (after 6 months), including rectal bleeding (RB), was graded using CTCAE v4.0.

Results: 192 patients were treated with PBT without spacer and 82 were treated with spacer. Overall, 17%, 58%, and 24% of patients had low, intermediate, and high-risk disease, respectively. Most patients had radiation to the prostate and seminal vesicles only (91%), while 9% had elective nodal coverage. There were no differences between the two groups with regards to age, risk group, aspirin/anticoagulation use, and baseline GI comorbidities (IBD, hemorrhoids, fissures, hypertension). The mean PTV D95% was 79.1 CGE and 78.8 CGE in the non-spacer and spacer cohort, respectively (p=0.23). Use of hydrogel spacer significantly reduced the volume of rectal wall treated in the 50-81 Gy dose range (table). In the entire cohort, RB was associated with a history of smoking, anti-coagulation use, and hypertension. In patients with at least 6 months follow up, median follow up was 18 and 11 months in the non-spacer and spacer groups, respectively. Between the non-spacer and spacer groups, there was a reduction in the 1-year rates of any RB (13.5% vs 6.8%) and Grade 2 or worst RB (6.2% vs 2.3%), but this did not reach statistical significance (log-rank p=0.22 and p=0.50).

Conclusion: Insertion of a hydrogel spacer in patients undergoing PBT for prostate cancer improves rectal wall dosimetry and may decrease the rate of late rectal bleeding. Further follow-up is awaited to see if this difference is statistically significant. 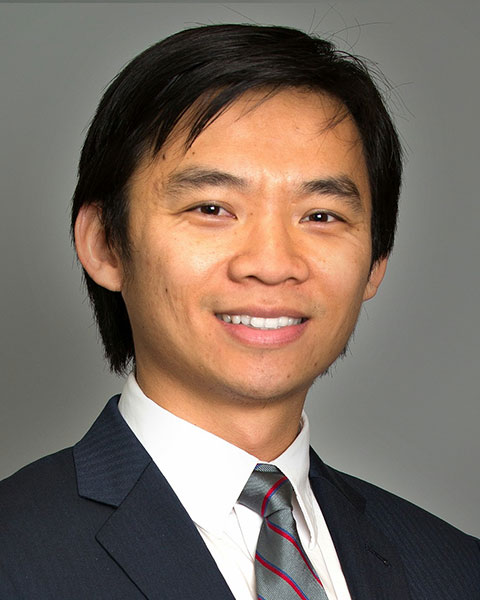 Biography:
Khang Dinh, MD, MS is currently completing his training in medical radiation oncology residency at the University of Washington Medical Center and affiliated clinics. He received his undergraduate degree from Stanford Univeristy in biomechanical engineering, followed by a master's degree in bioengineering. Dr. Dinh went on to receive a medical doctorate, with honors, from Harvard Medical School in the combined Harvard-Massachussetts Institute of Technology Health, Science, and Technology (HST) program. He completed an internship in general surgery at UWMC prior to starting his clinical radiation oncology training.