Purpose/Objective(s): Prostate serum antigen (PSA) bounce can mimic biochemical failure after stereotactic body radiotherapy (SBRT) for prostate cancer (P-Ca). We carried out a pooled analysis of 4 SBRT trials for low and intermediate P-Ca to evaluate the incidence of PSA bounce and its correlation with different time-dose-fraction schedules.

Materials/Methods: The study included 4 treatment groups (TG): 35 Gy/5 fractions (F) once per week (QW) (n=84); 40 Gy/5F QW (n=105), 40 Gy/5F every other day (EOD) (n=77); and 26 Gy/2F QW (n=30). Bounce was defined as an increase in PSA to nadir+0.2 ng/mL or nadir+2 ng/mL followed by a decrease back to nadir. Kruskal-Wallis test and Fisher exact test were used for continuous and categorical variables. P-value < 0.05 was considered statistically significant. Univariable and multivariable logistic regression were used to evaluate the influence of patient and treatment factors on bounce incidence. 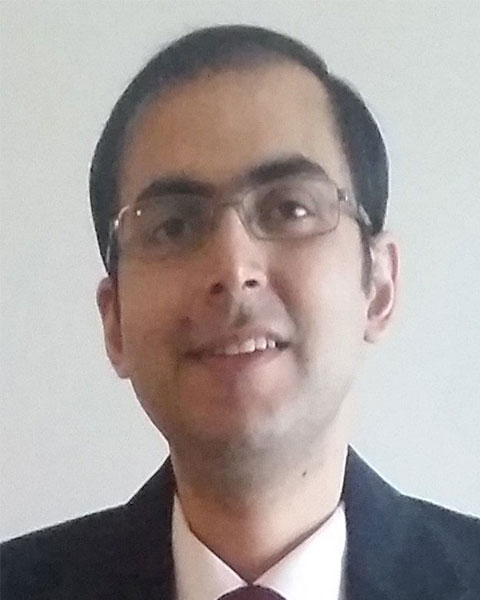 Biography:
Dr. Soumyajit Roy completed his residency in Radiation Oncology from All India Institute of Medical Sciences, New Delhi, India and joined BC Cancer Agency for an year of clinical research fellowship in 2016. After finishing his fellowship at BC Cancer, he worked as a brachytherapy fellow in Tom Baker Cancer Center, University of Calgary. His areas of interest are prostate cancer, lung cancer, gastro-intestinal and CNS malignancies. He is highly motivated in research and his research interests include patient reported outcome, health services research, integration of basic sciences like radiation biology and physics into mainstream clinical studies. He is a trained singer and loves to sing and write poems in his free time.