Purpose/Objective(s): Glioblastomas (GBMs) are the most aggressive primary brain tumors, with an average survival of less than 15 months after diagnosis. While the molecular and cellular mechanisms of tumorigenesis are still being elucidated, microRNAs (miRNAs) are emerging as promising, novel prognostic biomarkers in GBM. This study aimed to assess the prognostic value of miR-4516 and investigate its oncogenic function and underlying cellular and molecular mechanisms in GBM.

Materials/Methods: To determine the correlation between miR-4516 expression and overall survival of patients with GBM, total RNA was isolated from 268 FFPE tumor samples and miR expression was assayed (simultaneously) using the nCounter human miRNA v3a assay (NanoString Technologies; Seattle,WA), univariable and multivariable survival analyses were performed. Furthermore, in vitro and in vivo studies were conducted to define the role of miR-4516 in GBM tumorigenesis and the underlying molecular mechanisms.

Results: High expression of miR-4516 correlated with poor prognosis in GBM patients [median dichotomized: HR=1.5, 95% CI (1.2-2.0), logrank p=0.002]. Overexpression of miR-4516 significantly enhanced cell proliferation and invasion both in vitro and in vivo (in mouse xenograft model). While conducting downstream targeting studies, we found that the tumor-promoting function of miR-4516 was, in part, mediated by direct inhibiting of PTPN14 (protein tyrosine phosphatase, non-receptor type 14) which, in turn, regulated the Hippo pathway in GBM.

Conclusion: Our data suggest that miR-4516 acts as a novel prognostic biomarker for GBM patients and may serve as a therapeutic target in GBM. 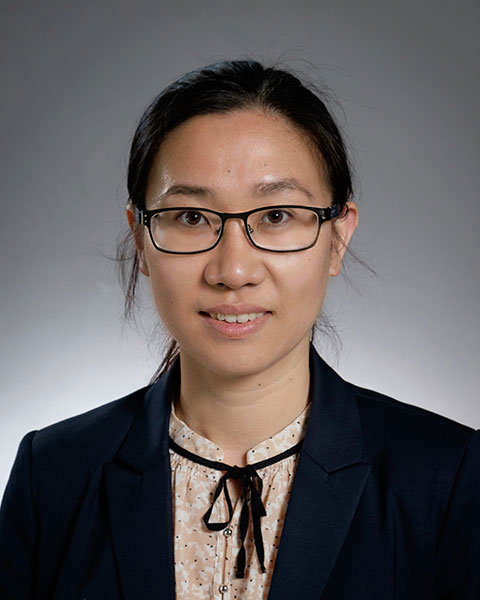 Biography:
Dr. Tiantian Cui, a researcher in Dr. Chakravarti's lab at OSUCCC, received her M.D. degree in China and conducted her Ph.D. research at Jena University, Germany. The research focuses on Cancer biomarkers, and her work brought substantially benefit to the research of diagnostic, prognostic biomarkers in lung cancer, colon cancer, ovarian cancer, and glioma. Dr. Cui’s publications have been cited almost 720 times by top journals.