Reprimo, a gene firstly isolated from X-irradiated cells by Takahashi et al., has been identified as a novel tumor suppressor gene. It has been reported that the promoter hypermethylation of Reprimo correlates with its dysfunction in some cancer types such as gastric, breast and pituitary cancer. Although Reprimo can be induced by radiation and may regulate p53-dependent G2/M cell cycle arrest, it is unclear whether Reprimo is involved in the DNA damage response (DDR) and radiosensitivity of cancer cells. Therefore, this study aimed to investigate the role of Reprimo in DDR.

Non-small-cell lung cancer cell lines such as H460 and A549 cells were used in this study. The cells were overexpressed with Reprimo by stable transfection with plasmids. The cell radiosensitivity was determined by clonogenic assay and micronucleus formation assay. The DNA damage repair was evaluated using comet assay. The expression of Reprimo and ATM at mRNA level was determined by RT-qPCR. The changes in the protein expression of ATM and its down-stream DDR-related proteins such as Rad51, 53BP1, γ-H2AX and p53 etc. were measured using western blot and immunofluorescent microscopy. The activation and subcellular localization of Reprimo after irradiation was also analyzed by immunofluorescent microscopy and western blot on nuclear and cytoplasmic proteins.

We found that when overexpressed in both H460 and A549 cells, the cells became more sensitive to X-rays, manifest as reduced colony formation and increased micronucleus formation, suggesting an important role of Reprimo in radiosensitivity of non-small-cell lung cancer cells. Furthermore, using comet assay we demonstrated that there was more residue DNA damage in H460 cells overexpressing Reprimo at different times after irradiation, indicating that Reprimo overexpression inhibited the DNA damage repair in irradiated cells. In addition, ATM phosphorylation was found to be inhibited in Reprimo overexpressed H460 cells, for which the reduced expression of ATM might be responsible. In consistent with the inhibition of ATM activation, Rad51, 53BP1, γ-H2AX and p53 etc. were also suppressed in Reprimo overexpressed H460 cells in response to X-irradiation. These data suggested that Reprimo might play an important inhibitory role in DDR via down-regulating ATM. Further study showed that Reprimo might down-regulate ATM by promoting its degradation. Reprimo has been recognized as a cytoplasmic protein. But in addition to its activation induced by radiation, we observed a fast shuttling of Reprimo between cytoplasm and nucleus shortly after irradiation, which might facilitate the degradation of Reprimo in cytoplasm.

Our results revealed a novel role of Reprimo in the radiosensitivity and DDR in non-small-cell lung cancer cells, which involved its novel down-regulatory effect on ATM.
Author Disclosure: Y. Zhang: None. Z. LiYuan: None. X. Yang: None. 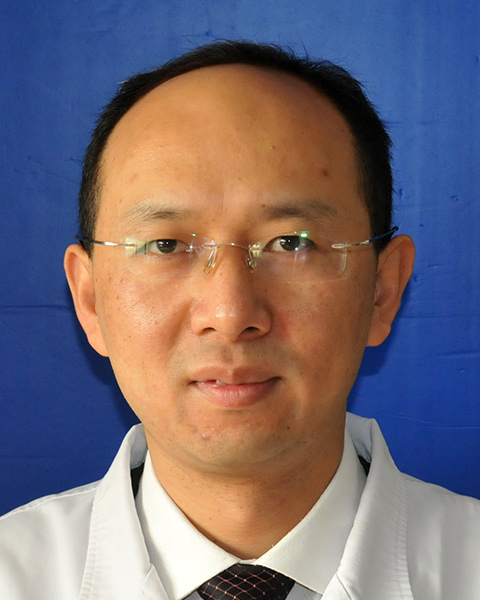