Purpose/Objective(s): The adaptive and innate immune system play a critical role in tumor control. Methods to improve the anti-tumor immune response through T-cell-specific therapies is the current focus of Immuno-Oncology. Our group and others have demonstrated that treatment-induced lymphopenia correlates with poorer prognosis in newly diagnosed glioblastoma (GBM) patients. We hypothesized that granulocytes, including neutrophils and eosinophils, influence the immunologic response to chemoradiation therapy (CRT) and patient outcomes.

Materials/Methods: We conducted a single-institution, retrospective analysis of 94 patients diagnosed with WHO Grade IV GBM between 2011-2016 treated with surgery followed by CRT (60Gy in 30 fractions, temozolomide 75mg/m2/day) and adjuvant temozolomide. We evaluated the immunologic response to therapy through monthly complete blood count with differential for up to 3 months after CRT.

Conclusion: We demonstrate that treatment-induced increase in eosinophil count is the strongest hematologic predictor of overall survival in newly diagnosed GBM. Eosinophil count may serve as a proxy for immunologic response to therapy and thus yield more prognostic insight than ALC. We also demonstrate that independent of initial performance status, steroid use was associated with a decrease in overall survival. Though prospective studies are needed, these data suggest that use of immunosuppressive steroids should thus be used judiciously and discontinued when clinically possible. 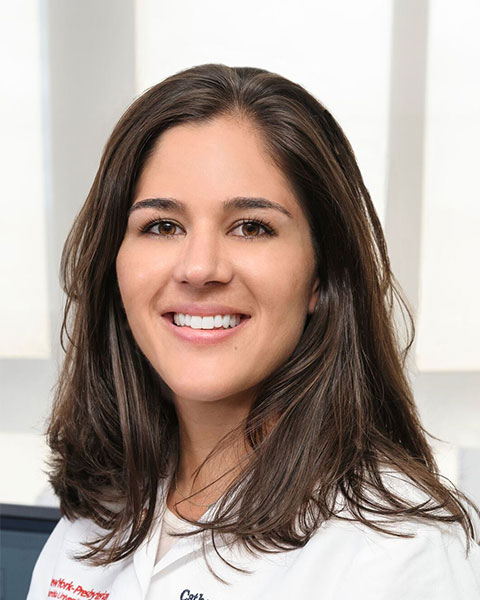 Biography:
Catherine Spina, M.D., Ph.D. is a Resident and Post-Doctoral Fellow in the Department of Radiation Oncology at Columbia University in New York. She is interested in the tumor microenvironment and the influence of the immune-mediated disease control. In collaboration with Neuro-Radiation Oncologist, Tony J. Wang M.D., she conducted a single institution, retrospective study evaluating the hematologic response to standard chemoradiation therapy for patients with glioblastoma (GBM). They demonstrated that patients with persistent chemoradiation-induced lymphopenia three months post-treatment had a 25% reduction in overall survival (22.8mo vs 31.6mo). Whereas, chemoradiation-induced eosinophilia three months post-treatment correlated with a 45% improvement in overall survival (38.8mo vs 26.7mo). These data highlight the importance of positive and negative treatment-induced immunomodulation and the need for enhanced understanding of these processes. Dr. Spina is currently collaborating with Immuno-Oncologist, Charles Drake M.D., Ph.D., to investigating the immunomodulatory potential of conventional photon versus carbon-ion radiation therapy and optimizing strategies for combination with checkpoint inhibition to improve control of solid tumors.