Purpose/Objective(s): To analyze clinical and dosimetric factors for the occurrence of temporal lobe necrosis (TLN) among patients who received proton re-irradiation therapy involving the skull base.

Materials/Methods: We analyzed 99 consecutive patients who received proton re-irradiation involving the skull base between 09/2013 and 03/2017. Follow up interval was defined from the beginning of proton therapy. Analyzed factors included gender, history of hypertension and/or diabetes, smoking status, prior radiation dose, composite dose to 2cc and composite max pixel dose to the temporal lobe. Outcomes of interest included the grade of TLN, incidence as well as time to development of TLN among patients treated in the re-irradiation setting. Median doses were compared using the Mann-Whitney’s test. Univariate and multivariate Cox regression analysis were performed.

Results: Of the 99 patients, 86 (87%) were treated for recurrent locoregional disease and 12 (12%) for metastatic disease. The median follow up was 12 months (IQR 6-21) for the entire cohort and 17 months (IQR 9-26) for living patients; median survival at 1 year was 64.5%. The most common primary sites were the nasopharynx (n=22) and paranasal cavity/sinuses (n=18) and the most common histologies included squamous cell carcinoma (n=51) and adenoid cystic carcinoma (n=12). The median first course radiation dose to the skull base was 6360cGy for those without TLN and 7020cGy for those with TLN (p=0.02). Median re-irradiation proton dose was 60CGE without TLN and 70CGE with TLN (p=0.18). The average interval between first and second course treatment was 25 months. 15 (15%) developed temporal lobe necrosis within a median time of 19 months (IQR 15-30): 9 had right-sided, 5 had left-sided, and 1 had bilateral TLN. The median composite max point dose was 63.7Gy among patients without TLN and 120Gy for those with TLN (p<0.001). The median composite dose to 2cc was 73.1Gy among patients without TLN and 134.5Gy with TLN (p<0.001). On multivariate Cox regression, male gender (HR 8.47, p=0.008), hypertension (HR 4.78, p=0.017) and higher composite max point dose (HR 1.03, p=0.011) were significantly associated with development of TLN. All patients were determined to have grade 1 TLN per CTCAE 4.0 that was found on imaging and were clinically asymptomatic except for two patients. Both required medical management with steroids.

Conclusion: Among patients treated in the re-irradiation setting with proton therapy, 15% of patients developed TLN, which is comparable to TLN rates in the upfront setting with IMRT. The rate of grade 3 TLN was 1% and there was no grade 4 TLN. No TLN was observed in patients with a composite temporal lobe D2cc under 60Gy, or with a composite max point dose under 72Gy. 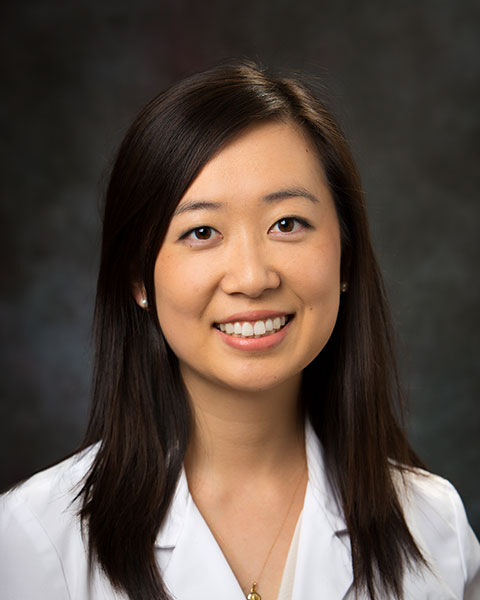