Purpose/Objective(s): The 8th edition of the AJCC (American Joint Committee on Cancer) system no longer includes nodal laterality or size in the pN staging system for p16+ oropharynx cancers. This is because number of involved lymph nodes provides better discriminatory ability for recurrence than laterality, size, or presence of high risk nodal features (i.e. extracapsular extension [ECE]). At our institution, we have routinely offered adjuvant radiotherapy (+/- chemotherapy) for patients with traditional intermediate or high risk features independent of p16 status as per NCCN guidelines. Here, we examine a cohort of p16+ patients staged and treated according to AJCC 7th edition and reclassify them according to the 8th edition to determine rate of nodal downstaging based on the new system.

Materials/Methods: Patients with pathologically node positive p16+ oropharyngeal cancer treated with primary surgery (most commonly TORS with selective neck dissection) followed by adjuvant intensity modulated radiation therapy (+/- chemotherapy) were included for analysis. Demographics, pathology, and treatment details were collected from the electronic medical record. Indications for adjuvant therapy were recorded and patients were re-staged according to the AJCC 8th edition. Rates of nodal downstaging were recorded.

Conclusion: Nodal downstaging from pN2 to pN1 with the adoption of AJCC 8th edition is common for surgically-treated node positive p16+ oropharynx cancer. Although number of positive nodes has high discriminatory ability for recurrence, it is unknown whether the omission of adjuvant therapy in patients with < 5 positive nodes is safe. Until this is known, the decision to recommend adjuvant therapy should be highly dependent on a thorough understanding of pathologic findings rather than relying purely on the new pathologic N stage. 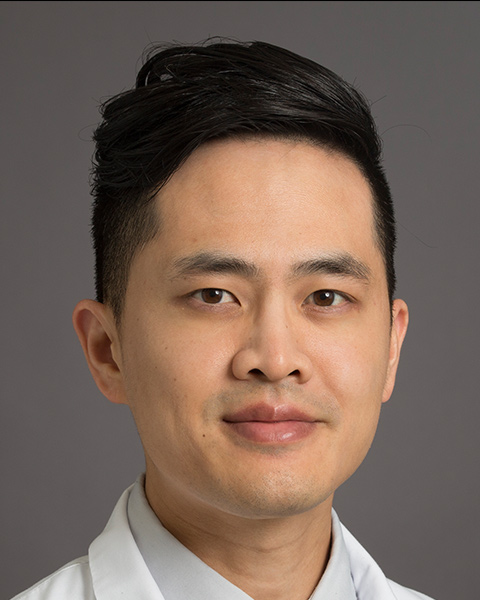 Biography:
My name is Jacob Shin, and I'm chief resident in the Department of Radiation Oncology at Rush University Medical Center. I'm born to South Korean immigrants, was raised in the West Coast, went to medical school in the East Coast, and am in my last year of residency in the Midwest.