Results: The median age of the cohort was 62 years (range 28-84). All patients were diagnosed pathologically. At initial diagnosis, 7 (44%), 8 (50%) and 1 (6%) patients had WHO grade I, II and III tumors, respectively. At time of PBRT reRT, 5 patients developed transformed disease, resulting in 4 (25%), 8 (50%) and 4 (25%) patients with grade I, II and III tumors, respectively. All patients received prior RT to a median of 54 Gy (range 13-65.5). The median time to PBRT reRT after prior RT was 5.8 years (range 0.7-18.7). The median PBRT dose was 60 Gy (RBE) (range 30-66.6), and the median PTV was 76 cm3 (range 8-249). At last follow up, 7 intracranial recurrences (44%) and 3 disease-related deaths (19%) were found. The median follow-up was 13.9 months (range 1-33). Median IC for the cohort was 18.8 months, with 1 and 2-year IC of 75% and 20%, respectively. Median OS after PBRT was not achieved with 1 and 2-year OS of 93% and 61%. Patients with initial grade I tumors had significantly improved IC after PBRT reRT compared to higher grade (HR= 0.25, p=0.04), however pathologic grade at the time of reRT was not predictive of IC. Greater duration of time between the prior course of RT and PBRT reRT was also significantly associated with improved IC (HR= 0.6, p=0.04). PBRT reRT dose and PTV size were not found to be associated with IC. No clinical predictors of OS were identified. Two (13%) patients developed radionecrosis at 6 and 16 months after completion of PBRT reRT: one patient had asymptomatic radiation necrosis that did not require medical intervention and one patient underwent surgical resection for symptomatic radiation necrosis.

Conclusion: This is the first retrospective series specifically analyzing the role of PBRT reRT for recurrent meningioma. We found promising intracranial control can be achieved with low rate of radiation necrosis at 1 year after PBRT reRT. However, strategies to achieve durable intracranial control are needed in this patient population, particularly for patients with high-grade tumors. 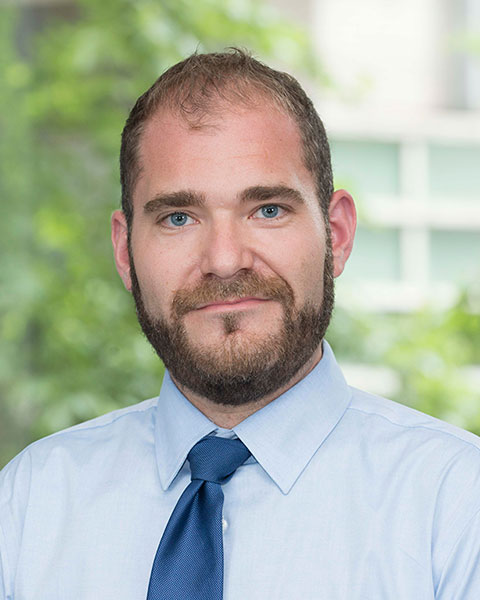 Biography:
Brandon Imber, MD is currently a PGY4 radiation oncology resident at Memorial Sloan-Kettering Cancer Center. He is currently completing a yearlong fellowship focusing on lymphoma. His clinical and research interests include hematologic, genitourinary and central nervous system malignancies. He is originally from a suburb of New York City and received his medical degree at the University of California, San Francisco (UCSF). He has also completed the Program in Clinical Effectiveness at the Harvard School of Public Health. Prior to starting medical school, he spent over three years as a healthcare management consultant at McKinsey & Company with a focus on oncology and specialty pharmaceuticals. Professionally, he hopes to be able to connect his interests in clinical medicine and the financial side of healthcare.