Purpose/Objective(s): There is little information published on the use of radiation with CD19 and CD30 targeted agents. From index cases, we hypothesized that most patients would respond to radiation, despite resistance to standard agents + newer targeted agents, with acceptable toxicity.

Materials/Methods: Dept. records revealed 589 courses of radiation for Hodgkin Disease or non-Hodgkin Lymphoma 2006-Aug 2017. From that we identified 27 patients, age 24-80, who received CD19 or CD30 targeted agents (including CAR-T cells). For those patients, we reviewed records for doses and outcomes.

Results: Most patients were a poor prognosis group who had failed standard therapy and were treated on investigational studies. The majority received brentuximab vedotin, a CD30-targeted antibody with anti-mitotic conjugate; only 2 had CAR-T cells. Radiation was not part of a study and was individualized. 44 Involved site (IS) fields were treated + 3 Total Body (TBI); Total Skin (TSI) was considered IS. Seven patients had radiation courses separated by months to years after start of targeted agents as additional sites became resistant to systemic therapy. Most sites were treated as salvage or consolidation of salvage from the targeted agent with 1.8-2Gy fractions to total of 7.2-44Gy. Others include 1Gy (TSI), 3, 4 and 8Gy fractions. In non-TBI or TSI courses, acute toxicity included Grade 1 fatigue in 2, Grade 1 skin in 6 after 16-44Gy, Grade 1 esophagitis after 30.6Gy, a Grade 2 after 30Gy, and a Grade 3 after 44Gy. Two with pelvic fields had Grade1, 2 diarrhea. Late toxicity in non-TBI or TSI included a Grade 1 lung after 40Gy, and a Grade 1 fibrosis after 44Gy. Late TBI toxicity included Grade 3, 4 pneumonitis and Grade 3 neuropathy (most likely from non-radiation causes); also a cataract. All IS responded to radiation. Only 2 non-TSI, non-palliation IS were not controlled at death or last follow-up; one had highest radiation (44Gy) but progressed quickly after that as well as all systemic agents. Outcome of non-palliation patients at 4-61mo. includes 5-progression deaths, 4 deaths from other causes, 6 alive on treatment and 8 in remission.Two of 5 progressions were 2nd malignancies.

Conclusion: For the majority of these poor prognosis lymphoma patients most with disease that was resistant to standard chemotherapy plus some newer agents still benefited from radiation, and toxicity was not excessive with combined modality. 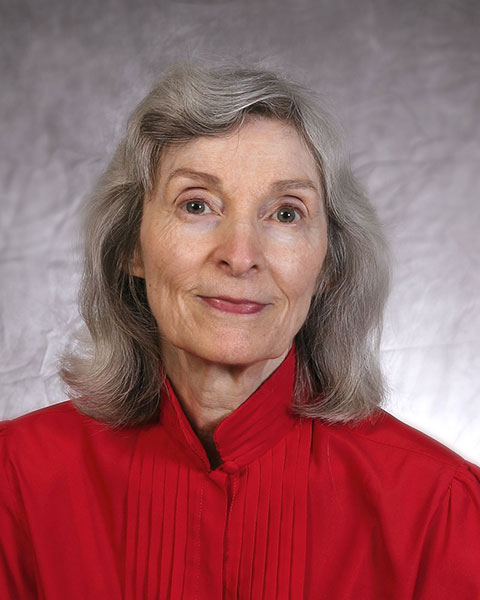 Biography:
Ruby F. Meredith, MD, PhD is a Professor of Radiation Oncology at the University of Alabama at Birmingham and a Senior Scientist at the UAB Comprehensive Cancer Center. Among her honors are an Endowed Chair established in her name, selected for Best Doctors Listings >15 years, plus induction as a Fellow in the American College of Radiation Oncology and the American Society for Therapeutic Radiology and Oncology. She served on the Advisory Panel for the National Biotracer Facility Project as well as multiple other councils, Editorial Boards and committees. These include >15 years on the Medical Internal Radiation Dosimetry committee of the Society of Nuclear Medicine (SNMMI) and the UAB Institutional review Bd. Her basic science background has facilitated development/conduct of multiple clinical trials. She is former Research Director in Dept. of Radiation Oncology and has experience in the conduct of 50 clinical trials for targeted radionuclide therapy as well as numerous other radiation trials. More details of her record are at http://www.uab.edu/medicine/radonc/en/faculty2/ruby-f-meredith-md-phd