Purpose/Objective(s): Musculoskeletal (MSK) toxicities are common in children treated with radiotherapy (RT), can compromise cosmesis and function. However, RT dose effects on various parts of the MSK system remains largely unclear. The purpose of this analysis is to determine the dose-effect relationship between RT exposure to the axial skeleton and kyphoscoliosis risk.

Materials/Methods: The PENTEC MSK task group conducted a systematic search of PubMed databases of all English language publications from January 1970 through September 2017 for MSK and RT specific search terms and inclusion criteria.

Results: Task group screened 2198 abstracts; only eight studies met all inclusion criteria for the analysis. The majority of studies provided 2D dosimetry data for patients treated for Wilms’ tumor and neuroblastoma. Only photon data was included in current analysis due to scarcity of reports on other modalities. The data used in this descriptive analysis was all retrospective with heterogeneous methodology. RT dose exposure ≥20 Gy resulted in more than doubling of kyphoscoliosis incidence (49-100%) compared with children treated to <20 Gy (0-20%). Radiation fields symmetrically encompassing entire vertebral bodies still resulted in scoliosis with incidence and severity correlated with dose received. Younger patients (<6 yo) exposed to RT seemed to be at much higher risk for kyphoscoliosis, with significant pathological changes observed at the dose as low as 15Gy. Kyphoscoliosis development appeared more pronounced during adolescent growth spurt, irrespective of the age at which RT was given. The impact of additional factors, such as age, surgical perturbation, systemic therapy, radiation source, etc., could not be dissected due to lack of data. Of note, there was approximately 9.5% risk of scoliosis in Wilms' and neuroblastoma patients who did not receive radiation.

Conclusion: Existing data support strong associations between RT dose and the risk and severity of kyphoscoliosis observed in pediatric population. Until more contemporary data is available for modeling this risk, it is recommended to reduce dose exposure to the axial skeleton to <20 Gy, especially in young children < 6 years of age. 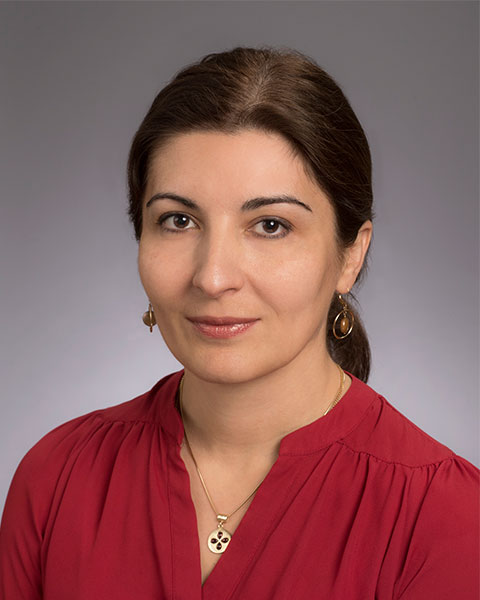 Biography:
I have 15+ years clinica experience in radiation oncology at the academic institution. I treat children, adolescents, and young adults with all types of malignant tumors including brain tumors, sarcomas, lymphomas, leukemias, neurobastomas, and wilms’ tumor with modern radiotherapy techniques. I treat adults with hematological malignancies. Additionally, I run young adult cancer survivor clinic for surveillance of cancer late effects. I am a director of quality program at my department.
My research focus in on clinical outcomes of patient treated for childhood cancers, hematological malignancies in adults and late effects of radiotherapy. I am working on global health incdluing education and mentoring of colleagues from low- and middle-income countires.

Send Email for Risk of Kyphoscoliosis in Pediatric Patients Receiving Radiation Therapy: Results from the Musculoskeletal Task Force of the Pediatric. Normal Tissue Effects in the Clinic (PENTEC) Initiative