Purpose/Objective(s): To evaluate the magnitude of inter-observer variability in pre-treatment image registration for lung SBRT patients in aggregate and within three clinical subgroups.

Materials/Methods: Retrospective image registration was performed for the first and last treatment fraction for 10 lung SBRT patients by 16 individual observers (5 physicians, 6 physicists, and 5 therapists). Registration translation values were compared within and between subgroups overall and between the first and last fractions. An equality of variance F-test was performed for the comparison of inter-fraction differences in inter-observer variability for each patient and over all registrations. In addition, the test was performed to check for differences in inter-observer variability between subgroups. For cases with true statistical differences in variance, Welch’s t-test was used to test for mean equivalency.

Conclusion: Variability in pre-treatment image guidance represents an important treatment consideration, particularly for SBRT which employs small margins and a small number of treatment fractions. As a result of the data presented here, we have initiated weekly “registration rounds,” to familiarize all staff physicians with the target and normal anatomy for each SBRT patient and minimize inter-observer variations in image registration prior to treatment. We are currently validating image metrics to determine the best way to identify patients at high risk for this potential source of error. 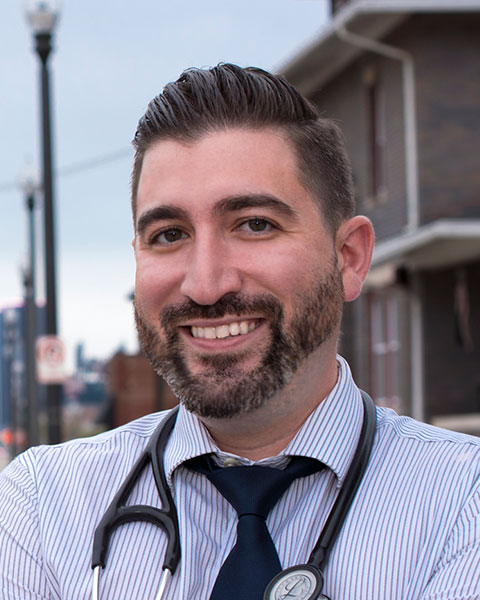 Biography:
Michael Matthew Dominello DO is a board-certified radiation oncologist with the current rank of Assistant Professor at the Wayne State University School of Medicine in the Department of Oncology at the NCI-Designated Barbara Ann Karmanos Cancer Center (KCC). Dr. Dominello is actively involved in student and resident education, serving as the Assistant Program Director for the Radiation Oncology Residency Program. He is the primary breast and CNS radiation oncologist at KCC, also specializing in Gamma Knife radiosurgery, spinal SRS, and unsealed source delivery including Xofigo and Lutathera. Dr. Dominello currently serves as the Karmanos/McLaren-wide Principal Investigator for NRG, and participates as a member of the NRG Breast Cancer Committee. Within ASTRO, Dr. Dominello serves as a member of both Scientific Council and the Clinical Affairs and Quality Council. He is a sitting member on the Multidisciplinary Quality Assurance Subcommittee, the Promoting Science through Research and Training Committee, and the Research Grants Committee.