Materials/Methods: We conducted PubMed searches of peer-reviewed manuscripts published from January 1, 1964 to June 1, 2017 evaluating RM among pediatric cancer patients who received radiotherapy. One thousand three hundred and twenty five reports were identified, 335 were fully reviewed, and 15 reports documented cases of RM. Patients were treated from 1962 to 2002, before they reached the age of 19. We conducted the Kolmogorov-Smirnov or the Shapiro-Wilk test to confirm normality of variables. We evaluated differences of RT dose between patients with and without: chemotherapy, intrathecal (IT) methotrexate, and IT cytarabine using an unpaired t-test. Correlations between RT dose and latency, and between RT fraction size and latency were evaluated by means of Spearman’s rank correlation coefficients.

Results: Thirty three patients with RM were identified with a median age of 13 years (range: 0.15-18). Fifty two percent of these patients were male. The most common primary tumor histologies were rhabdomyosarcoma (n = 9), medulloblastoma (n = 5), and Hodgkin’s lymphoma (n = 3). The most common chemotherapy agents given in patients with RM were vincristine (n = 15), IT methotrexate (n= 12), and IT cytarabine (n = 10). The median RT dose was 40 Gy (range: 24-125 Gy) and fraction size 1.8 Gy (range: 1.3-2.6 Gy). RT dose resulting in RM in patients who also received chemotherapy was lower (mean ± sd 49.7 ± 8.2 vs. 39.6 ±8.7 Gy; p = 0.04). There was no association of age and sex with RT dose. The median latency period from the completion of radiation therapy to development of RM was 7 months (range: 1-29). Higher RT dose was correlated with shorter latency periods (p=0.03) but not sex, age, fraction size, or chemotherapy use. Two of 17 patients with adequate follow-up recovered from RM with the most common treatments being high dose corticosteroids and hyperbaric oxygen. RM was fatal in 6 of 15 evaluable patients.

Conclusion: RM is a rare event in the pediatric literature. This report summarizes the current literature and demonstrates a shorter latency time to RM in patients who received higher RT doses and supports the suggestion that intrathecal chemotherapy reduces spinal cord tolerance. Dose modeling is not possible due to the rarity of this event. 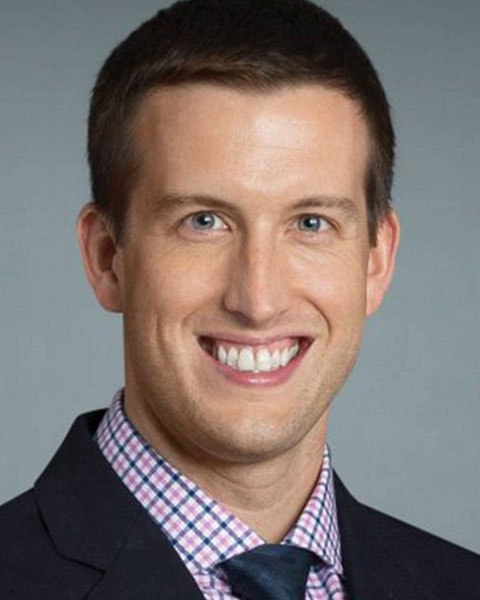 
My primary research focus is improving clinical outcomes in patients during the difficult time following a cancer diagnosis. Two of the major areas I focus my research efforts on are improving patient reported quality of life and attempting to understand every individual's cancer on a molecular level. Clinicians often focus on objective measures of treatment success such as local recurrence and disease-free survival. While these are certainly important endpoints, and often the primary objective of the clinical trials we conduct here at NYU Langone Medical Center, it is equally important to ensure we consider the emotional and physical cost our treatments have on our patients. To measure this effect, I strive to capture the patient voice in clinical trials conducted here at NYU Langone Medical Center with validated quality of life questionnaires.

With advances in technology we are understanding cancer on a molecular level better than ever before. I collaborate with laboratory based scientists with a deep knowledge of the inner workings of the cellular mechanics to gain a more robust understanding of the genetics and epigenetics of an individual’s tumor to drive therapy and inform future clinical trials. Using the Illumina Methylation Array platform we are able to uncover the specific genetic information of individual tumors that can accelerate the understanding of tumor behavior, and ultimately improve patient outcomes.