Purpose/Objective(s): To investigate the inter-fractional tumor volumetric changes during stereotactic body radiation therapy (SBRT) period and their association with the prognosis in stage I non-small-cell lung cancer (NSCLC) patients.

Materials/Methods: A retrospective study of 98 patients diagnosed with stage I NSCLC from January 2006 to December 2008, underwent SBRT with a total dose of 48-50.5 Gy in 4-5 fractions were analyzed. Mean age was 78 years old, and 67% were men. Histology was adenocarcinoma in 51%, squamous cell carcinoma in 24%, and others in 25%. According to the UICC 7th classification, T-stage was T1a in 42%, T1b in 32%, and T2a in 26%. The mean biological effective dose (BED) was 108 Gy with α/β =10. The gross tumor volumes (GTVs) of all patients for each treatment day were obtained by In-room CT based IGRT (CT on-rail). The optimal threshold for distinguishing tumor from pulmonary parenchyma was set up (-700 HU -300 HU) and applied for all GTVs. The GTV in the simulation day was employed as a baseline for comparisons. We examined the association between the change of the tumor volume during SBRT period and the prognosis (overall survival and local control rates).

Conclusion: The tumor volume has been changed remarkably during SBRT period, and half of patients changed at least 10%. The decrease over 10% in GTV during SBRT treatment was associated with the better prognosis (5-year overall survival and Local control rates) significantly. 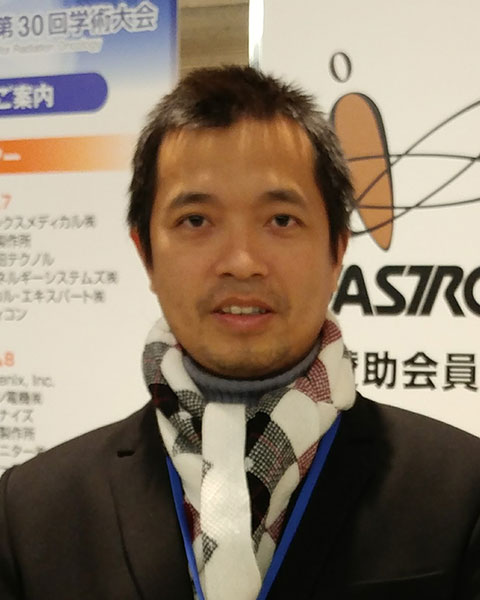