Materials/Methods: From 2010-2014, a total of 32315 ES-SCLC patients without brain metastasis at diagnosis who received systemic treatment were identified from the NCDB. Patients’ demographic, clinical, and survival data were collected and compared. A multivariate logistic regression was conducted to identify the predictors of patients receiving PCI, which was defined as radiotherapy directed to the whole brain ≤180 days from diagnosis. Patients who develop brain metastases after initial diagnosis and subsequently receive brain directed radiotherapy are not included in this NCDB analysis. To compare OS between PCI vs no PCI, a propensity score matching was performed. The survival outcomes of case and controls were estimated by the Kaplan-Meier methods.

Results: Among the 32315 patients without brain metastasis at diagnosis with ES-SCLC, 3572 (11.1%) received PCI within 180 days of diagnosis. Rates of PCI were relatively stable from 2010-2014. Variables influencing patients’ likelihood of treatment included increasing age (OR 0.99, p=0.01), facility type (academic vs. community cancer program: OR 1.37, p<0.0001), and insurance status (private vs Medicaid insurance: OR 1.23, p=0.02). Of those receiving PCI, 65.3% of patients received 25-30 Gy brain-directed radiation treatment, and 77.7% were treated at comprehensive or academic cancer centers. Median survival was not significantly different between the groups receiving brain-directed therapy compared to those without radiation therapy (9.7 vs. 8.7 months, p=0.45).

Conclusion: Using a modern American cohort, our NCDB analysis demonstrates no improvement in overall survival with utilization of PCI for ES-SCLC, which supports a recently published large randomized trial. In addition, this study demonstrates a significantly higher rate of PCI utilization in younger and privately insured patients that are treated at comprehensive cancer and academic centers, with approximately 11% of ES-SCLC patients receiving PCI. In the era of widespread availability of brain MRI for staging of SCLC, this analysis supports consideration of omission of PCI in patients with ES-SCLC. 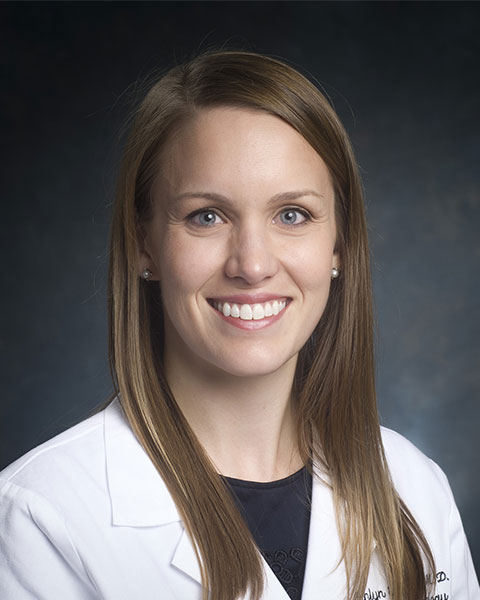 Biography:
Dr. Ashlyn Everett is currently a PGY-4 resident in the Department of Radiation Oncology at the University of Alabama at Birmingham (UAB). She earned her medical degree at UAB, and completed a transitional year internship at the Brookwood-Baptist Health System. Her clinical research interests include breast, lung, and lymphoma. Dr. Everett also serves on many departmental and hospital-wide committees for quality improvement and patient safety.