We retrospectively reviewed patients who underwent RP from June 2005 to May 2015 at our institution and included n=1560 patients with clinical intermediate risk prostate cancer (defined per NCCN guidelines). 60 predictors were collected that included demographics, PSA trends, and location-specific biopsy findings. MATLAB R2016b was used for analysis. Missing data was imputed. KN is a multivariable logistic regression model that uses 6 inputs: pre-biopsy PSA, primary and secondary Gleason, T-stage (T1a-T3c), and numbers of positive and negative cores. Beta coefficients for these variables were obtained from the official website (last updated May 31, 2016). RF is an ensemble decision tree method that uses bootstrapping and random variable splits at each node. The training set was 80% of patients. Parameters included 100 trees, 7 variables randomly split at each node, min leaf size 1, and maximum number of splits n-1. Out-of-bag estimates of feature importance were determined. Independent validation was performed on a holdout set of 20% of patients for RF. As KN is a pre-specified model, 100% of patients were used for validation. Receiver-operating-curve analysis using area-under-the-curve (AUC) was used to compare performance.

When positive and negatives outcomes are relatively balanced, as in OCD and ECE, then RF may be able to outperform KN by a small-moderate amount. This is likely aided by RF being trained on 60 variables, however, the data appears to be relatively noisy. In unbalanced outcomes that occurred in a relative minority of patients, like pN+ and SVI, KN may outperform RF. Future analysis will entail methods tailored for unbalanced, noisy data.
Author Disclosure: J. Kang: None. C.W. Doucette: None. I. El Naqa: None. H. Zhang: None. 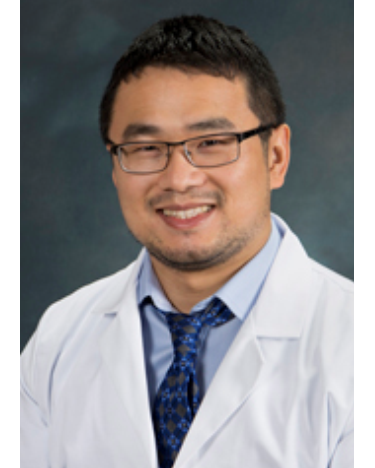 I am a physician-data scientist with a passion for uncovering the complex interactions underneath large datasets and have over 10 years of experience in the novel applications of computational modeling and machine learning towards biology systems. I am currently a resident in radiation oncology and aim to bridge the gap between the clinical sciences and bioinformatics through clinical practice, genomics and outcomes modeling. I also have a interest in education and aim to create a web-tool to teach data science to clinicians using interactive cases.