Purpose/Objective(s): Most radiogenomics studies focused on identifying imaging phenotypes as a surrogate to mirror a pre-selected set of molecular tumor parameters in cancer patients, which may not fully characterize heterogeneous biological processes within the tumor region, thus compromising the power of radiogenomics to determine prognosis and guide treatment. In this study, we developed a radiogenomics framework to synergistically integrate CT radiomics signatures with gene profiles to predict 1-year early recurrence (ER) and overall survival (OS) in patients with esophageal cancer (EC) receiving concurrent chemoradiation (CRT).

Materials/Methods: Forty-nine patients diagnosed with EC who were treated with CRT were included in this study. All patients received CT scan before therapy and 468 radiomics features were extracted from tumor regions using texture analysis. Related tumor samples obtained via endoscopic biopsy were also used for gene profiling (1046 genes) via exome sequencing technology. The Mann-Whitney test was applied to assess the differences of individual radiomics and genomics features between ER and non-ER groups. The 4-fold cross validation method and the least absolute shrinkage and selection operator (LASSO) regression were employed to select optimal features from both imaging and gene features. Radiomics and genomics signatures were then built separately based on selected features. The multivariable logistic regression was used to construct a radiogenomics model via integrating radiomics with genomics signatures. The utilities of the radiomics signature, genomics signature and radiogenomics model in predicting 1-year ER were evaluated by ROC method individually. The Kaplan-Meier and log-rank tests were also used to evaluate their effectiveness in prediction of OS.

Results: Ten radiomics features and thirty gene expression levels showed significant differences between ER and non-ER groups. Two radiomics features (LLH_GLCM_corrm, LHH_GLSZM_SZLGE) and four genomics features (DFFA, LOC101060524, chr9: 67183179-67219393, CT45A8) were optimally selected to build the radiomics and genomics signatures separately, whose individual values in predicting 1-year ER equal to an AUC of 0.717 and 0.808, respectively. The radiogenomics model constructed showed an improved predictive value with an AUC of 0.832. Furthermore, the radiomics signature showed no significant value in prediction of OS. Instead, both the genomics signature alone and the radiogenomics model showed a significant predictive capability for OS.

Conclusion: A radiogenomics model integrating CT radiomics signature with gene characteristics was established to improve the prediction accuracy of ER and OS in patients with EC, which would direct towards integrative system-based approaches with prognostic implications for personalized RT. 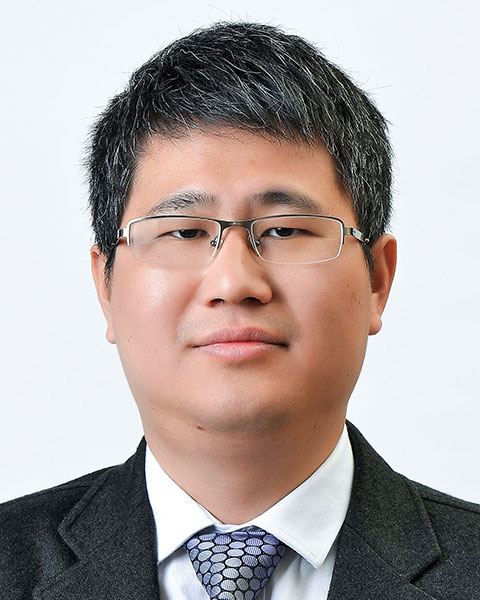 Biography:
Xiadong Li is a Ph.D. candidate at Institute of Transformation Medicine, Zhejiang University. He was born in Zhejiang, China. He received his M.S. degree in Medical Physics from Tsinghua University. His research interests include application of artificial intelligence technology and machine learning in radiotherapy. Xiadong has also developed a novel multi-parameters optimization framework based on correlation statistical analysis model applied for prostate radiotherapy planning optimization. He has presided over the Zhejiang provincial health department and one key projects of the Hangzhou health plan. He holds 2 invention patents and 4 copyrights of software works. For many years, he has focused on the technical basis of 4DCT imaging for radiotherapy of lung cancer and the evaluation of radiotherapy and chemotherapy based on clinical characteristics and multi-parameter radiology of esophageal cancer. Xiadong is also the Vice Chairman of Radiation Physics and Technique of Anticancer Association of Zhejiang Province.