Purpose/Objective(s): A randomized phase II trial has recently demonstrated that anti-HER2 therapy in combination with cytotoxic chemotherapy improves outcomes for HER2 positive advanced FIGO stage III-IV or recurrent uterine serous carcinoma (USC). Whether such treatment is beneficial for early FIGO stage I-II USC is unknown. We examined whether HER2 overexpression was associated with an increased recurrence risk in a large cohort of early stage USC patients treated with multi-modality therapy (without anti-HER2 therapy) at a single institution.

Materials/Methods: The cohort consisted of 117 patients with FIGO stage I-II USC treated between 2000-2015 in a consistent manner with carboplatin and paclitaxel chemotherapy and high-dose-rate intravaginal brachytherapy following surgical staging. HER2 status was available in patients treated after 2009. HER2 positivity was defined as overexpression of HER2 at a level of 3+ by immunohistochemistry (IHC) and/ or HER2 gene amplification with a HER2/CEP17 ratio of >2.1 by fluorescence in situ hybridization (FISH). For the total cohort, we analyzed clinical, pathologic, and treatment-related factors influencing recurrence-free survival (RFS). In the cohort of patients with known HER2 status, we examined the impact of HER2 positivity on RFS. Kaplan-Meier statistics were performed, and the log-rank test was used for univariable statistical comparisons. Multivariate analyses were not performed due to few events. This retrospective study was granted approval by the institutional human investigations committee.

Conclusion: Our results indicate that HER2 overexpression is associated with increased risk of recurrence. These data, in combination with other published trials, may support the use of anti-HER2 therapy in early stage disease, especially when other poor prognostic features (+LVI, deep myometrial invasion) are present.

Author Disclosure: A. Blakaj: None. N. Buza: None. P. Schwartz: None. 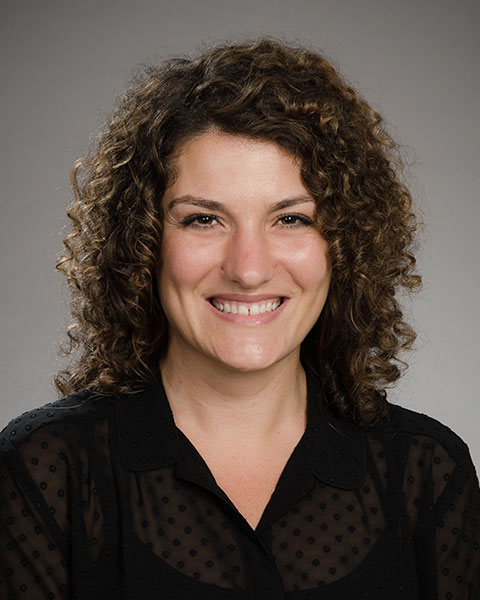