Purpose/Objective(s): Adipose stem cells (ASCs) are mesenchymal stem cells resident in adipose tissue. They are known to be recruited to sites of inflammation to secrete factors that promote wound healing and regeneration. In inflammatory environments ASCs modulate the environment through adipokines, cytokines and growth factors to promote cell growth and regeneration. Obesity results in chronic low-grade inflammation of adipose tissue which alters the biology of resident ASCs. ASCs from obese individuals (obASCs) have been shown to promote proliferation and metastasis of breast cancer in comparison to lean ASCs (lnASCS) in vitro and in vivo. The pro-survival secretome secreted by ASCs led us to investigate the role of lnASCs and obASCs in breast cancer radioresistance.

Materials/Methods: 5.0 x104 estrogen receptor positive (ER+) breast cancer cell line MCF7 were cocultured for 96 hours in a transwell system with 5.0 x 104 pooled donors (n=3) of lnASCs or obASCs, or were cultured without ASCs. A cesium irradiator was used to irradiate breast cancer cells after 96 hours of co-culture at doses of 0, 2, 5, 10 Gy and further incubated 24 hours. Cell survival after irradiation was determined by colony forming unit assay. Total cellular RNA was extracted from MCF7 cells using RNeasy Mini Kit. One µg of RNA was converted to cDNA with. Quantitative real-time PCR was performed using EXPRESS SYBR GreenER. Breast cancer cells were treated with 40 mg/ml humanized recombinant IL-6 and experiments were repeated. Finally, MCF7 were cocultured with obASCs and Il-6 neutralizing antibody to determine the effects of IL-6 on cell survival and radioresistance promoted by obASCs.

Results: The ER+ breast cancer cell line, MCF7, has an increased survival fraction and are better protected from therapeutic doses of ionizing radiation when cocultured with obASCs. IL-6 has been reported to play a protective role in resistance to radiation and thus was a prime candidate for the mediator for the radioresistance conferred by obASCs. We saw a significant increase in IL-6 expression in ER+ breast cancer co-cultured with ASCs. We repeated the experiments treating MCF7 with recombinant humanized IL-6 at physiological doses and saw similar survival enhancing effects, as would be expected from the literature. Finally, we cocultured MCF7 with obASCs and an IL-6 neutralizing antibody and found that neutralizing Il-6 abrogated the effects.

Author Disclosure: R. Sabol: None. A. Cote: None. B. Bunnell: None. 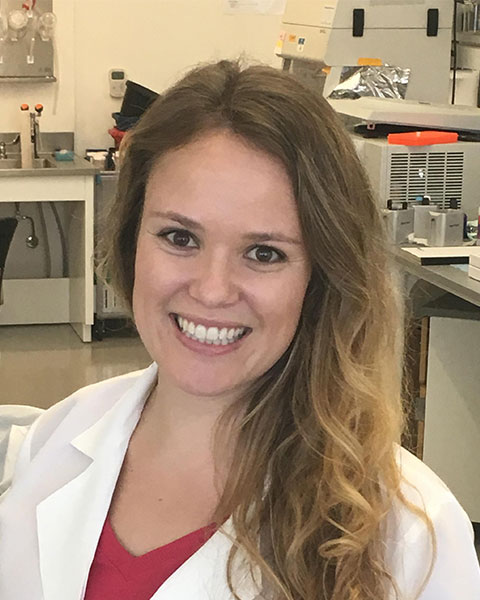