Materials/Methods: The PSA failures from TOAD and 78/79 patients accrued to ELAAT were combined (1 patient was excluded due to castrate resistant prostate cancer (CRPC)). Participants for both trials were randomized 1:1 to IADT or DADT. The primary endpoint was all-cause mortality by intention-to-treat. Secondary endpoints were cancer-specific mortality (CSM), local progression, distant progression, CRPC, and prostate cancer complications (PCC).

Conclusion: No difference in OS was detected between IADT and DADT in the combined analysis. A possible explanation is that ELAAT accrued older patients with lower risk of CSM and had a smaller difference in PSA between the IADT and DADT arms. Not all relapsed men need IADT; many will die without ever needing ADT and never have a complication or develop CRPC. Further work is needed to identify patients who will benefit from IADT and those suitable for DADT. 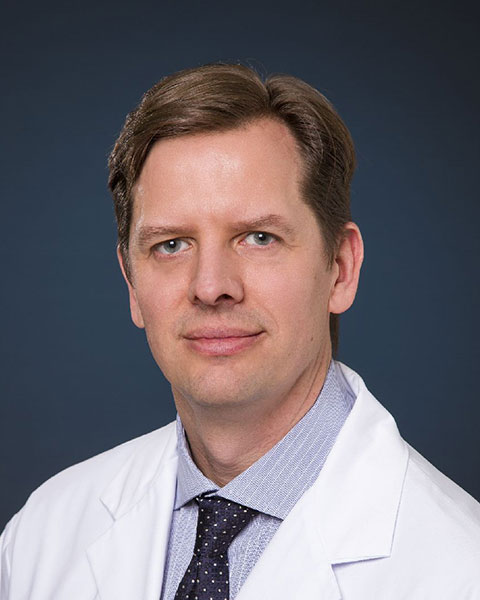 Biography:
Dr Andrew Loblaw is a Radiation Oncologist, Clinician Scientist, and dual Professor in the Department of Radiation Oncology and the Institute of Health Policy Management & Evaluation at the University of Toronto.

He received a Bachelor of Science in Physics from the University of British Columbia and his Doctor of Medicine from Queen’s University. He completed his specialty training in Radiation Oncology concurrent with a Masters degree in Clinical Epidemiology to graduate from Royal College’s Clinician Investigator Program all at the University of Toronto.

Dr Loblaw’s clinical practice and research interest focus on improving outcomes for men with prostate cancer and the healthcare system. He has a particularly interest in the design and conduct of clinical trials, the generation and dissemination of evidence-based guidelines and in image-guided radiotherapy.

Dr Loblaw is an Ontario Association of Radiation Oncology Clinician Scientist and a Scientist at the Sunnybrook Research Institute. A Fellow of the American Society of Clinical Oncology (FASCO), he was previous Co-Chair of the ASCO’s Genitourinary Advisory Group and remains Co-Chair of the GU group for Cancer Care Ontario’s Program in Evidence-Based Care.