Patients (pts) with AJCC 4th edition T1b, T1c, T2a or T2b prostate adenocarcinoma and PSA ≤ 20 ng/mL were randomly assigned to RT alone (990 pts) or RT + 4 months of ADT (984 pts). The RT dose was 66.6 Gy administered in 1.8 Gy fractions. The restricted mean log-rank test was used to test the primary endpoint of OS and secondary endpoints of DSM, BF (Phoenix Definition), DM and LP. Due to the non-proportionality of the hazards for OS, a time-varying treatment effect was used in the Cox proportional hazards model. Subset analyses by risk group, race, and age were conducted. Low risk was defined as Gleason score 2-6, PSA ≤ 10 and stage ≤T2a; Intermediate risk was Gleason score 7 or Gleason score 2-6 with either PSA between 10 and 20 or clinical T2b; High risk was Gleason score 8-10. 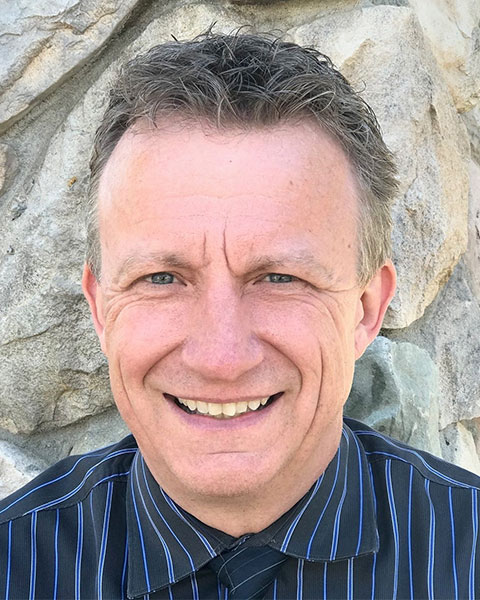 Biography:
Christopher U. Jones M.D. is an attending radiation oncologist with Sutter Medical Group in Sacramento, California. In 1986, he received his Doctorate in Medicine from Rush University in Chicago, IL after having earned a B.S. in Biology and a B.A. in Music at Stanford University, Stanford, CA. He completed his Residency at the Department of Radiation Medicine at the Massachusetts General Hospital, Harvard Medical School., Boston, MA in 1990. He worked as an Assistant Professor at the Medical College of Virginia, Richmond, VA until 1991 and has since worked as a community radiation oncologist in the Sacramento area. He has served as the RTOG Principal Investigator for Radiological Associates of Sacramento from 1997-2014 and has since served as the Principal Investigator for NRG Oncology for Sutter Cancer Research Consortium. In 2010, he became a Fellow of the American College of Radiology.