Patients with < =2 pulmonary lesions ≤5cm were treated with 4DPET/CT-based SBRT (3X12.5 Gy or risk-adapted 5X7Gy, on 60% isodose). Follow up (FU) was performed 2 and 7 weeks after SBRT, then every 3 months for 2 years with QoL-assessment by EORTC QLQ C30 (The European Organization for Research and Treatment of Cancer Quality of Life Questionnaire) and the lung specific module QLQ LC 13, toxicity assessment according to CTCAE v4 (Common Terminology Criteria for Adverse Events) and response assessment by CT (according to RECIST v1.1), respectively PET in case of progression. EORTC QLQ-C30 scores were linearly transformed into scales from 0-100 according to EORTC manual. A difference of >10 points was considered clinically relevant. Impact of predefined patient and treatment related factors on the change of predefined QoL scales (QoL/ Global Health Status (GHS), Emotional Function, Physical Function, fatigue and dyspnea) was evaluated. Primary endpoint of the trial was local control (LC) after 2 years, further secondary endpoints were local progression free (LPFS) and overall survival (OS), toxicitiy and marginal recurrence (MR).

100 patients (63% male, 27% female, mean Charlson Comorbidity Score 6.3) have been treated with SBRT from 02/2011 to 11/2014 for 56 NSCLC and 44 pulmonary metastases. Probability for LC, MR, LPFS and OS 2 years after SBRT was 91.9%, 3.7%, 53.3% and 62.2%. Lower risk for local failure was revealed for 3X12.5Gy (p=0.043) and for Dmin(BED10) in the PTV>100Gy (p=0.023). >=G3-Toxicity was < 4%, except dyspnea: with 6% baseline-Dyspnea >=G3 there was a maximum increase of 8.5% 2 years after SBRT. In concordance there was a clinically relevant increase in dyspnea in QoL assessment (Δ10.2). Long-term FU revealed stable QoL/ GHS, functions-scores and symptoms. Patients with low initial QoL/GHS-Score below the median of 50 revealed significantly stronger improvement regarding patient-reported QoL, dyspnea (both p< 0.001) and fatigue (p< 0.01) than patients with initially good QoL-scores. Conclusion:These prospective data on a representative cohort of frail pulmonary SBRT patients confirm preservation of QoL after treatment and even demonstrate a longterm QoL benefit for patients with low initial Qol scores. This may encourage the use of SBRT in this patient group.
Author Disclosure: S. Adebahr: Lung Cancer; EORTC/ROG. U. Nestle: None. K. Kaier: None. T. Schimek-Jasch: None. F. Momm: None. 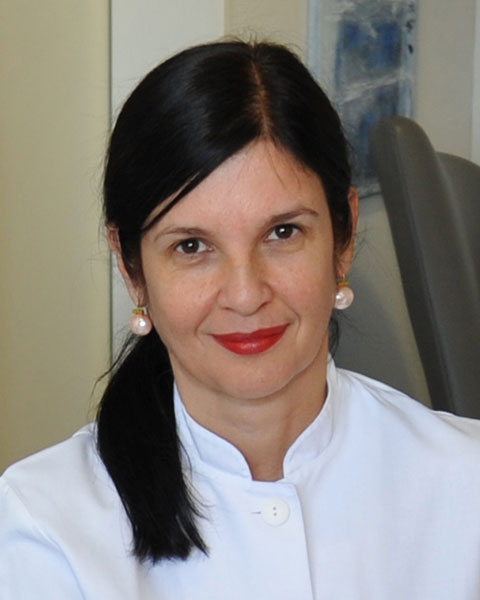