Materials/Methods: T2*/T1 MR images of patients (pts) affected by LARC undergoing concomitant chemoradiotherapy (CRT) (prescribed dose: 55 Gy to primary lesion, 45 Gy to pelvic nodes delivered through Simultaneous Integrated Boost technique) and treated on a hybrid 0.35 T MRgRT unit were considered for this analysis. Six acquisitions per pt were performed: the first one during the simulation phase (t0) and the remaining ones at fractions 5,10,15,20 and 25. All images were acquired using a true fast imaging with steady state precession sequence, with image resolution of 1.5x1.5x1.5 mm3 and acquisition time of 175 sec. The Gross Tumor Volume (GTV) was contoured for all the considered treatment fractions. 53 features were extracted from the GTVs using an in house software for radiomic analysis: morphological, statistical, textural and fractal features were evaluated. In particular, fractal dimension (FD) was calculated applying the box-counting method on all GTV slices and parameters such as mean, median, standard deviation (SD) of the obtained FD values were extracted as indicators of tumor’s self-similarity. Each feature was then correlated with the delivered dose at the time of the imaging acquisition and the variations of each feature during the treatment were quantified calculating the angular coefficient of the linear fit between dose and feature under analysis. Furthermore, the ratio between the values calculated at different fractions and the corresponding one extracted at simulation (t0) was calculated too. The Wilcoxon Mann Whitney (WMW) test was then performed to identify the features whose variation can be predictive of complete clinical response (cCR). Clinical response grade was assessed with a diagnostic MR acquired at least 6 weeks after CRT.

Results: Sixteen patients (13 male and 3 female) were enrolled, with median age of 64 years (range 49-86). Four patients (25%) showed cCR at restaging MRI. The variation of 2 fractal features (mean FD and standard deviation FD) resulted to be significantly correlated with cCR (p=0.02 for mean FD, p=0.01 for standard deviation FD, WMW test) since the fifth fraction (t5). In particular, these parameters showed a distinctly different behavior between pts who had cCR and those in which residual disease was found.

Conclusion: Delta Radiomics can play a promising role in image analysis and imaging features variations during MRgRT treatment can successfully predict cCR, enhancing the clinical value of hybrid MR setup imaging. Delta Radiomics based predictive models can be trained with larger cohorts of pts to improve the clinical role of these analyses. 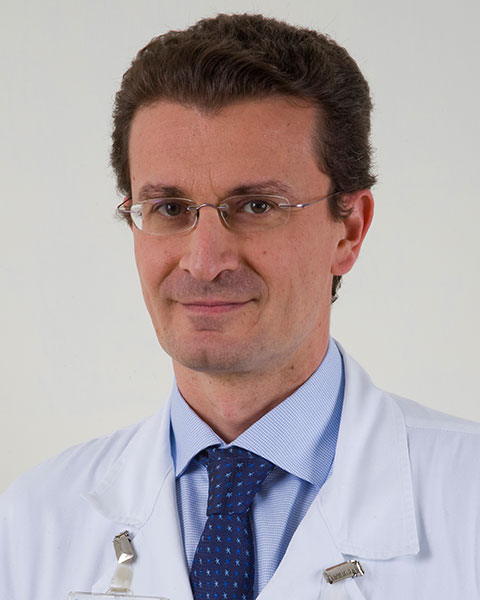