Conclusion: Marked NTEs were rare for all schedules. Late moderate/marked NTE after 28.5Gy/5 Fr/5 weeks were similar to 50Gy/25 Fr/5 weeks, but higher after 30Gy/5 Fr/5 weeks. Local recurrence rates were very low at 10 years for all schedules. Further research of a 5-Fr regimen is warranted; the UK FAST-Forward trial is testing 5 Fr delivered in 1 week. 15 or 16-Fr schedules of adjuvant radiotherapy for early breast cancer have now been shown to be effective and safe but a once-weekly 5-Fr schedule may be considered for patients in whom a daily visit for 3 or 5 weeks is not acceptable however careful consideration of the dose per Fr is required.

Table: Clinician assessments of NTE at 5 and 10 years

Author Disclosure: A. Brunt: None. J. Haviland: None. A. Alhasso: None. D. Bloomfield: None. 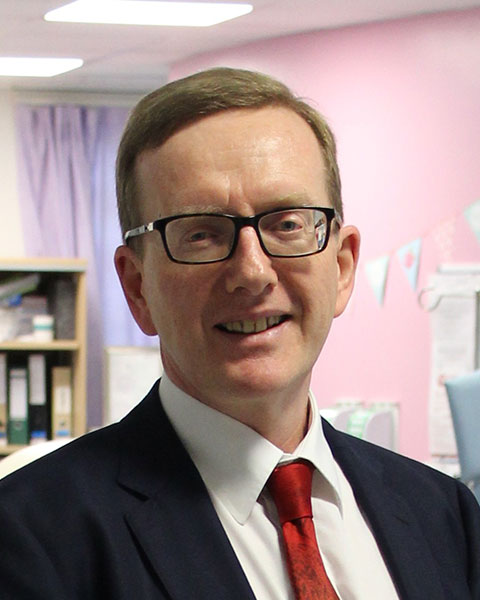 Biography:
Murray Brunt is consultant clinical oncologist at The University Hospitals of North Midlands and a Honorary Professor at Keele University in the UK. he qualified from Westminster Medical School, London in 1983. As a consultant he specialises in breast and skin cancer with a particular interest in clinical research. Murray is the Chief Investigator of the FAST-Forward trial and has been closely involved with the UK series of breast radiotherapy trials over the last 30 years. He presented the primary endpoint FAST results to ESTRO in 2009 and is going to present the long term results in this meeting. Murray is the Cancer Research Lead for the West Midlands NIHR and has had many roles over the years in national breast cancer guidelines including the current (inaugural) RCR consensus guidelines for breast radiotherapy.