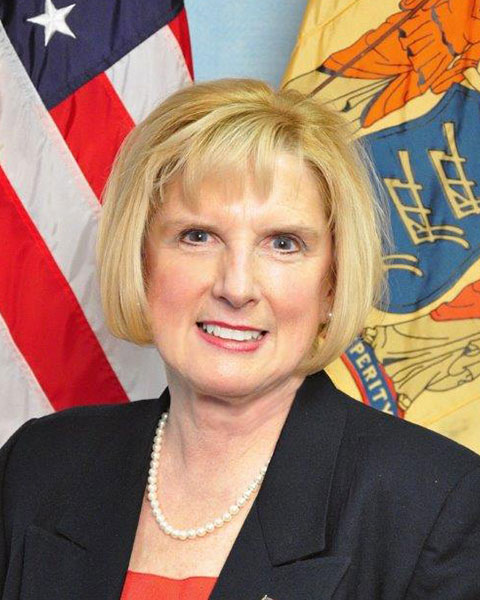 Mary-Anna Holden was confirmed as a commissioner of the Board of Public Utilities on January 9, 2012. Prior to her nomination, Ms. Holden served as Mayor of the Borough of Madison, NJ for four years and Councilwoman for ten years.

As Mayor and Councilwoman of Madison, Ms. Holden chaired and co-chaired every committee and department in the Borough, including electric and water utilities, public works, engineering, transportation and public safety. Ms. Holden was also chair of the Madison-Chatham Joint Meeting wastewater facility, and served for 11 years as a trustee of the New Jersey Historic Trust and served as an advisor and chair of the Morris County (NJ) Preservation Trust Fund.