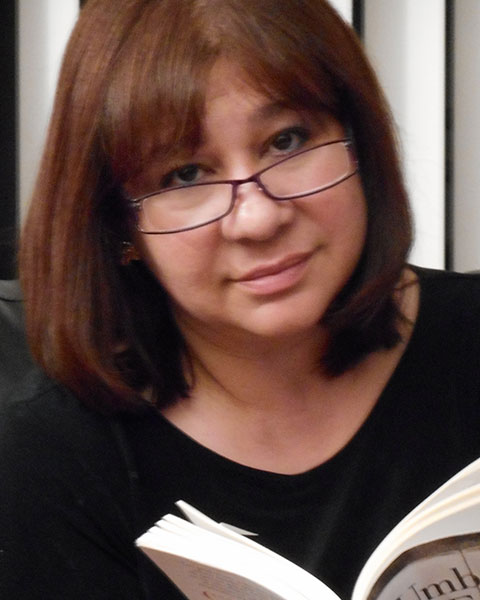 Freda Mosquera is a professional librarian, published author, translator, book reviewer and public speaker. Mosquera earned a Master's Degree in Library and Information Science from the University of South Florida and a Bachelor's Degree in Law and Social Sciences, from Universidad Libre (Bogotá, Colombia.) Mosquera has worked for almost fourteen years as a public librarian for the Broward County Library System in Florida and she is currently the Community Library Manager of the Lauderhill Central Park Library. Mosquera is an active member of REFORMA, the National Association to Promote Library Services to the Spanish-Speakers. From 2005 to 2008, Mosquera served as the national newsletter editor of REFORMA. Mosquera was also member of the ALSC/REFORMA 2010 Pura Belpré Award Selection Committee, responsible for selecting the best Latino books published in the United States. Mosquera contributed to School Library Journal as the National Editor of Reviews of Spanish Materials. Mosquera has been a presenter and speaker at several national conferences, including: The Second National Joint Conference of Librarians of Color, 2012; the REFORMA National Conference IV, held in Denver in September 2011 and the REFORMA National Conference III, held in El Paso in September 2009. In 2016, Mosquera graduated from the Sunshine State Library Leadership Institute.