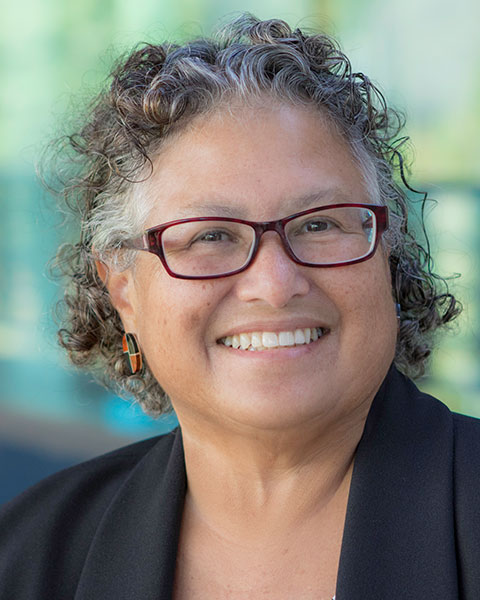 Cynthia A. Gómez, PhD, is Professor Emerita and former founding director of the Health Equity Institute at San Francisco State University. She previously served as co-director of the Center for AIDS Prevention Studies at the University of California, San Francisco, and has been a leading HIV prevention researcher since 1991. Her work focuses on gender, culture, and sexual health; prevention interventions; and the translation of science to community practice. Dr. Gómez earned a master’s from Harvard University and a PhD in clinical psychology from Boston University. Prior to her work in HIV prevention, Dr. Gómez spent 12 years working in community health settings, including five years as director of a child and family mental health center in Boston, MA. She was an appointed member to the Presidential Advisory Council on HIV/AIDS under both the Clinton and George W. Bush administrations. Dr. Gómez was also appointed by Governor Schwarzenegger to the first California Public Health Advisory Council and served on the first California Office of Health Equity Advisory Council. Dr. Gómez has served on national committees, including the Centers for Disease Control and Prevention’s HIV and STD Advisory Council, The Substance Abuse and Mental Health Services Administration’s Committee on Women, and the International Organization for Migration’s Committee on Prisoners and Research. Dr. Gómez was previously a member of PRIM&R’s Board of Directors, and is currently a member of the HHS federal advisory committee for Healthy People 2030, as well as the board of directors of ETR, Inc., and the board of directors of the Guttmacher Institute.