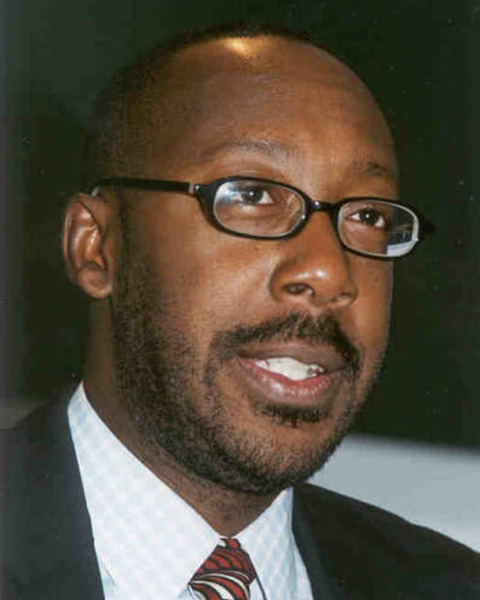 A. Cornelius Baker is the Deputy Coordinator for Affected
Populations and Civil Society Leadership at the US Department of State’s Office of the US Global AIDS Coordinator. Mr. Baker serves on the boards of PRIM&R, the Black AIDS Institute, Broadway Cares/Equity Fights AIDS, and Us Helping Us, and serves on the executive committee of the Forum for Collaborative Research on AIDS. In 2009, he was appointed to the President’s Advisory Council on HIV/AIDS. Previously, he served as the senior policy advisor for the National Black Gay Men’s Advocacy Coalition, a technical advisor at the Center on AIDS and Community Health at FHI 360, the executive director of Whitman-Walker Clinic, and executive director of the National Association of People with AIDS. Mr. Baker also worked as a confidential assistant to the assistant secretary for health at the US DHHS in the National AIDS Program Office. He has received the Courage Award at the Washington AIDS Walk for his outstanding leadership in living with the HIV disease, the National Lesbian and Gay Health Association’s Diego Lopez Award for leadership in HIV advocacy, the American Foundation for AIDS Research Award of Courage for Community Building, and the National Association of People with AIDS’ Braveheart Award. He was honored by Planned Parenthood of Metropolitan Washington in 2004 for his support of women’s health and community leadership. He received his undergraduate degree at Eisenhower College/Rochester Institute of Technology.