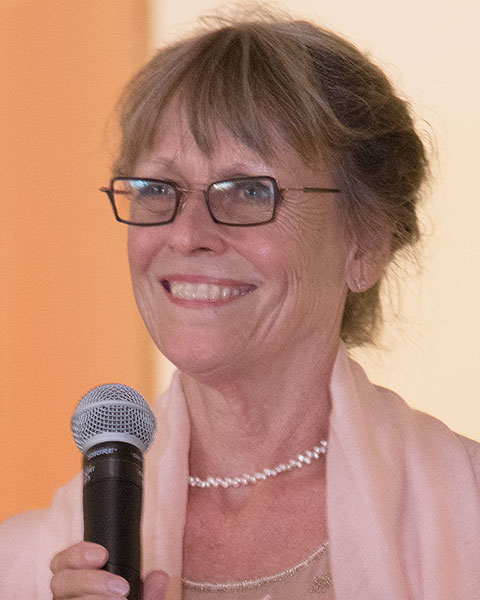 Reece Hardy led the Spencer Museum’s Phase I multi-year renovation project, which transformed the Museum’s galleries; introduced a multi-use object study room; and expanded teaching, research, and storage facilities. Her recent projects include the Integrated Arts Research Initiative, an interdisciplinary effort funded by the Andrew W. Mellon Foundation; Art in the Grove, an initiative to enliven the historic green space on KU’s Lawrence campus with art; leading the University of Kansas Art on Campus Committee on the Lawrence campus; and facilitating ongoing commissions with the University of Kansas campus partners in Kansas City, Lawrence, and Salina. She participates in the development of the International Artist-in-Residence program and is conducting interviews about aging and legacy with artists represented in the Museum’s permanent collection which are 70 years old or older.

Reece Hardy has led the Spencer Museum in two integral partnerships: one with the Kansas City–based Charlotte Street Foundation on the Rocket Grants program, funded by the Andy Warhol Foundation for the Visual Arts, and one with the KU Biodiversity Institute and the KU Hall Center for the Humanities to form The Commons, a physical and intellectual space for interdisciplinary exploration.