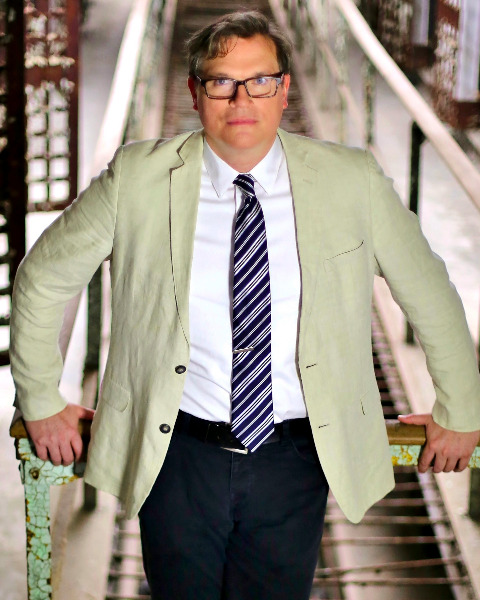 Sean Kelley has run all public programming at Eastern State Penitentiary since 1995, when he was hired as the organization’s first full-time employee. He produced the site’s award-winning
audio tour in 2002, now heard by more than a million visitors. During his tenure he has overseen the selection of, and curated, more than 100 site-specific artist installations.

Mr. Kelley is currently focused on developing programming to address the enormous growth in the US prison population since 1970, and the causes for racial disparities within that population. In 2014 he oversaw the development of a 16-foot, 1.5 ton bar graph on the penitentiary’s baseball diamond illustrating these trends. Mr. Kelley oversaw the development of a major companion exhibit, Prisons Today: Questions in the Age of Mass Incarceration which won the 2016 Overall Award for Excellence at the American Alliance of Museums annual competition.

Mr. Kelley visits active prisons and writes critically about prison museums and sites of detention. He has served as adjunct faculty at Rutgers University, teaching Museum Studies in the graduate program in Public History.