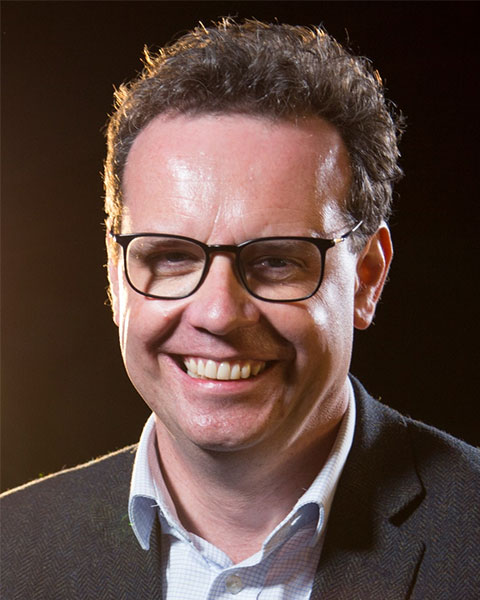 A Principal Fellow of the Higher Education Academy, former Tate Research Fellow, and former chair of the UK’s national Museums Computer Group, Ross is one of the founding Trustees of the Jodi Mattes Trust - for accessible digital culture. In 2018 he was listed in the Education Foundation’s ‘EdTech50’ – the fifty most influential people in the UK education and technology sectors.

Ross served on the International Scientific Advisory Board for ‘Learning 2.0’ managed by DREAM (the Danish Research Centre on Education and Advanced Media Materials) at the University of Southern Denmark, where in 2012 he was visiting professor. He now sits on the International Advisory Board for the €6mn, five-year, ‘Our Museum’ project, funded by Nordea-Fonden and Velux Fonden.

Ross has had two books published in the last year: ‘Museum Thresholds: the design and media of arrival’ edited with Ruth Page and Alex Moseley (Routledge, 2018); and ‘The Routledge Handbook of Media and Museums’ (2019), edited with Kirsten Drotner, Vince Dziekan, and Kim Schrøder. Ross is the author of 'Recoding the Museum: Digital Heritage and the Technologies of Change' (Routledge 2007), and in 2010 published 'Museums in a Digital Age' (also with Routledge).

Currently, Ross is leading a major national project, funded by the Arts and Humanities Research Council, developing a digital literacy framework for the UK museum sector, and is leading on the University of Leicester’s ambitious new digital strategy in his position as Deputy Pro-Vice-Chancellor (Digital).