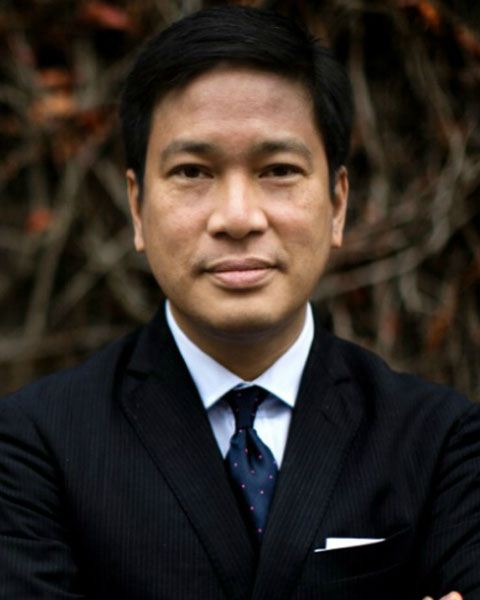 Dr. Thant Myint-U is a writer, historian, conservationist, and former Advisor to the President of Myanmar. He was educated at Harvard and Cambridge Universities and taught history from 1996-2000 as a Fellow of Trinity College, Cambridge. He is the author of three books, including most recently Where China Meets India: Burma and the New Crossroads of Asia.

He is the Founder and Chairman of the Yangon Heritage Trust, the Founder and Chairman of U Thant House, a Founding Partner of the Ava Advisory Group, a former Member of the (Myanmar) National Economic and Social Advisory Council (2011-2015), a former Special Advisor to the Myanmar Government for the peace process (2011-2015), and a former Senior Advisor to the (Myanmar) Beyond Ceasefires Initiative.

Dr Thant Myint-U has also served on three United Nations peacekeeping operations, in Cambodia (1992-3) and the former Yugoslavia (1994-5, 1996), and at the UN Secretariat in New York (2000-2006), including as the Chief of Policy Planning in the Department of Political Affairs. He was the Principal Officer responsible for the establishment of the Secretary-General's High Level Panel on Threats, Challenges, and Change (2003), negotiations towards the 2005 World Summit, and the establishment of the UN Peace-building Commission.

He lives in Yangon and is currently working on a new book about Myanmar 2003-18.