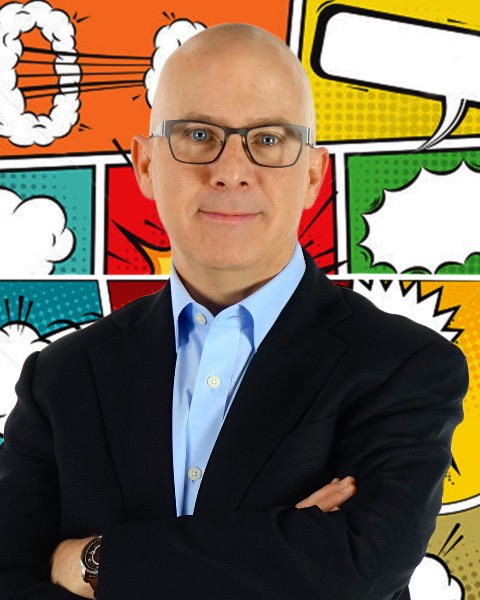 Brad teaches people how to use happiness to boost productivity, creativity, innovation & profits. He turns typical meetings into transformational events using, the power of happiness. Oh, and he’s pretty funny.

Brad has transformed audiences in all 50 states and on four continents. His clients include Microsoft, Verizon, The FBI (yes, that FBI) the CIA (yes, that CIA) and the IRS (where he withheld 30% of his best strategies.)

Brad specializes in using uses humor, interactivity, sound, music and visuals to ignite audiences so that they can use happiness as a tool to improve their lives and their jobs.

Audiences and meeting planners describe Brad as “authentic.” He’s a real guy on stage and off. Thinking of a canned & over-polished motivational speaker? Brad is the polar opposite.

Other speakers TALK about happiness. But Brad SHOWS them how to harness the power of happiness in hands-on, experiences that they’ll remember and implement. It’s the difference between a “speech” and an “event.”

Brad graduated from Brown University, and has earned his Certified Speaking Professional designation, which is the highest earned award from the National Speakers Association. (Fewer than 7% of speakers worldwide have earned the CSP.)

Last July he was inducted to the CPAE Speakers Hall of Fame, which is a big deal. Like an Oscar, but without the movie stars.

Brad lives in Centennial, Colorado with his wife and three kids. Although he is proud of his many awards and national credits, he’s convinced that his best feats so far are his kids.