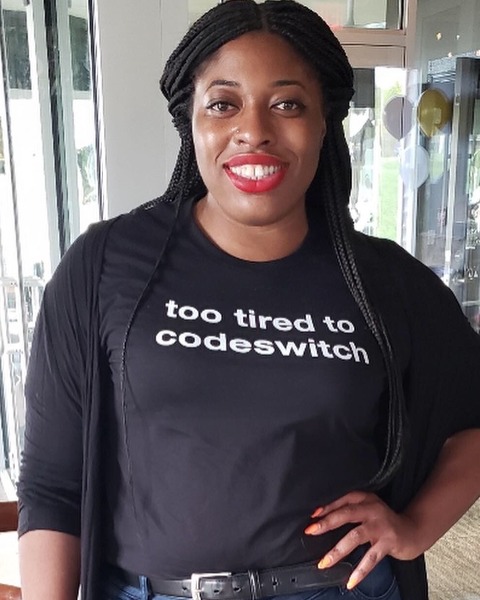 LaQuanda T. Onyemeh works as Diversity Resident Librarian at Texas A&M University Libraries. She is a 2017-2018 ALA Spectrum Scholar and 2018 NASIG’s John Riddick Student Grant Recipient who received her MLIS from the University of North Carolina at Greensboro and her B.S. Dual Degree in Psychology and Sociology at The College at Brockport SUNY. From 2016-2017, she served as a Remote Metadata Intern for Law Library of Congress where she contributed to The Hein Project by creating metadata and keywords from historical legal material to promote open access initiatives. LaQuanda previously worked as Human Rights Intern for New York State Division of Human Rights in 2012. Before these positions, LaQuanda worked with adults with intellectual and developmental disabilities for a non-profit human services agency in Upstate, NY for over eight years.

She is currently completing her M.Ed. in Education Technology at Texas A&M. LaQuanda has a passion for creating an effective and efficient learning environment for all learning styles. Her current interests are E-learning & Distance Education, Diversity in Librarianship, and Education Technology. In her spare time, LaQuanda enjoys painting, visiting family and friends, and music. Her pronouns are she, her, and hers. Follow her on twitter at @LOnyemeh