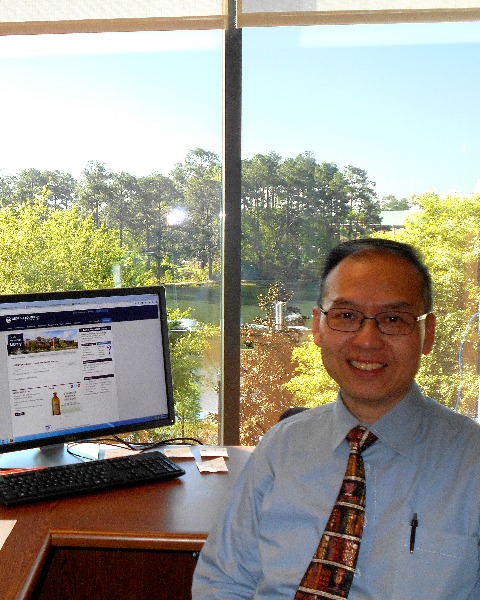 Clement Chu-Sing Lau is the former Associate Dean of Libraries and Director of the Zach S. Henderson Library at Georgia Southern University in Statesboro, Georgia. During his three year tenure, he assisted the Dean in all aspects of leading the Libraries. He also had particular responsibility for managing assessment, facilities, and special projects including library consolidation. He served as library liaison to the business school.

Before he joined Georgia Southern University in April 2016, he spent about two years working abroad serving as the Associate Librarian for Technical and Collection Services at the Hong Kong Baptist University (HKBU) Library in Hong Kong. Prior to joining HKBU, he was the Associate Director for Technical Services and Administration at the University of Baltimore (UB) Law Library in Baltimore, Maryland, USA. Before working for UB in 1993, he was the Head of Technical Services at Trinity University Library in Washington D.C. Prior to his arrival in the United States in 1988; Mr. Lau served as a language instructor and was the librarian for the Chinese Language and Area Studies School, Foreign Service Institute, U.S. Department of State, located in Taipei, Taiwan. Mr. Lau was a librarian at the National Taiwan University in Taipei, Taiwan from 1982 to 1984.

Mr. Lau was born in Hong Kong. He traveled to Taiwan for college where he received his B.A. in library science from the National Taiwan University. He holds a Master of Library Science degree from the University of Maryland at College Park and two Master of Science degrees (Management Information Systems, Nonprofit and Association Management) and an M.B.A. also from the University of Maryland University College. Mr. Lau is a long-time member of American Library Association. He is serving on the ALA’s International Relations Round Table (IRRT) International Sister Libraries Committee and International Poster Session.