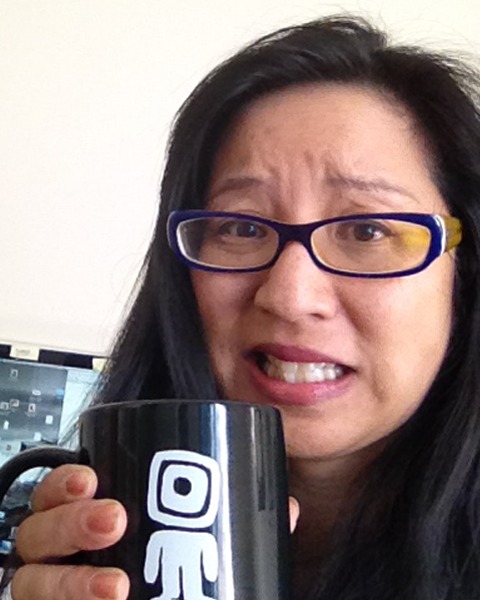 Amy Chu is a full time writer and avid consumer of the word's strongest coffee. Her middle grade graphic novel Sea Sirens (Viking Press) was just released this month, illustrated by Janet K. Lee, about a Vietnamese-American surfer girl and her cat who get caught in the middle of a war between two ancient races, the mermaids and the sea serpents. She has written characters from Poison Ivy and Wonder Woman for DC Comics, to Ant-Man, Deadpool, and Emma Frost for Marvel. Among her achievements, she is the first woman to write the Green Hornet series, and first woman to ever write a KISS comic. Her most recent comics include: Betty and Veronica Meet Vampirella and Red Sonja; KISS the End; and the new superhero SUMMIT, a queer astronaut with the power of plasma fusion.
Amy is the co-founder of Alpha Girl Comics which publishes her creator owned anthology series Girls Night Out and the horror/mystery The VIP Room. She also enjoys non-profit work, creating comics for the New York Historical Society, Baltimore Museum of Art, the CBLDF Annual, and the Museum of Chinese in Americas. Prior to her comics career she was the Executive Director of the Asian American Arts Alliance and a consultant for the Asian American Federation of New York. Amy studied Architectural Design at MIT, East Asian Studies at Wellesley College and holds an MBA from Harvard Business School. Amy lives in Princeton, NJ with her family and extensive Lego collection. She is a frequent speaker and moderator for conventions around the country.