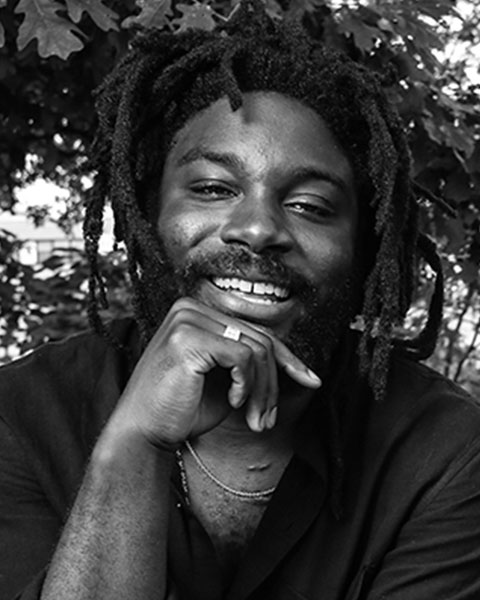 Jason Reynolds is an American author who writes novels and poetry for young adult and middle grade audiences. Born in Washington, DC, and raised in neighboring Oxon Hill, Maryland, Reynolds found inspiration in rap and began writing poetry at nine years old. He focused on poetry for approximately the next two decades, only reading a novel cover-to-cover for the first time at age 17. He went on to publish several poetry collections before he published his first novel, When I Was the Greatest. He won the Coretta Scott King - John Steptoe Award for New Talent for this first work of prose, and seven more novels followed in the next four years, including his New York Times best-selling Track series, Ghost, Patina, Sunny, and Lu. As Brave As You won the Kirkus Prize for Young Readers' Literature, an NAACP Image Award for Outstanding Literary Work for Youth/Teen, and the Schneider Family Book Award. He also wrote the Marvel Comics novel Miles Morales: Spider-Man.
Reynolds returned to poetry with Long Way Down, a novel in verse, which was named a Newbery Honor book, a Printz Honor Book, and best young adult work by the Mystery Writers of America's Edgar Awards. He has appeared on The Daily Show with Trevor Noah, Late Night with Seth Meyers, and CBS This Morning. Find his ideas and thoughts on
JasonWritesBooks.com.