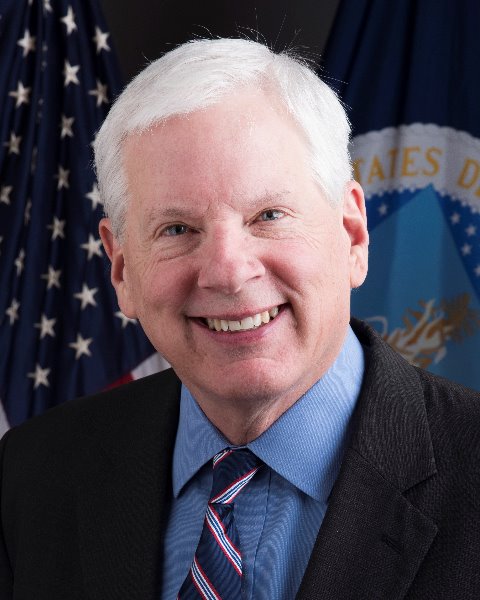 Dr. J. Scott Angle was sworn into office as the third Director of the National Institute of Food and Agriculture on October 29, 2018.
Dr. Angle received his B.S. and M.S. at the University of Maryland in Agronomy and Soil Science, respectively. He obtained his Ph.D., from the University of Missouri with an emphasis on Soil Microbiology.

Angle worked for 24 years as a Professor of Soil Science and administrator (Director of the Maryland Agricultural Experiment Station and Maryland Cooperative Extension) at the University of Maryland. His early work focused on the study of losses of nutrients from agro-ecosystems, and their impact on the Chesapeake Bay. He also studied the impact of heavy metals on the food chain with the goal of protecting our food supply from these harmful elements. Later he concentrated his studies on phytoremediation, the use of plants for extraction of heavy metals from soil. In 2005, he moved to Athens, Georgia, where he served as Dean and Director of the College of Agricultural and Environmental Sciences at the University of Georgia for 10 years. He is a fellow in the American Society of Agronomy and the Soil Science Society of America. He is also a Fulbright Fellow having worked at the Rothamsted (Research) Experimental Station, in the United Kingdom.

Most recently, he served as President and CEO of the International Fertilizer Development Center (IFDC), where he oversaw a staff of over 800 and coordinated development projects in diverse regions of the world.