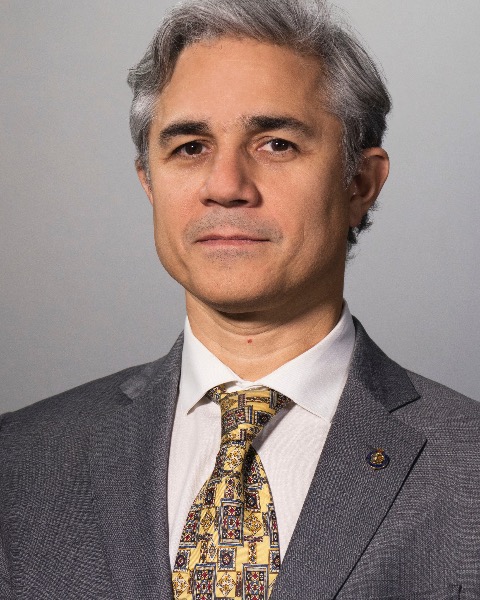 Ramón Virasoro earned his medical degree from the University of Buenos Aires, Argentina. He completed both general surgery and urology residencies at Centro de Educación Médica e Investigaciones Clínicas (CEMIC) in Buenos Aires, Argentina from 1992-1999. He practiced general urology from 2000-2004 at CEMIC, where he was a member of the kidney transplant team.
Virasoro completed his fellowship in Adult and Pediatric Genitourinary Reconstructive Surgery in 2007, in Norfolk, VA. While in Argentina, he developed the genitourinary reconstructive surgery section at CEMIC. He was the coordinator until he joined Urology of Virginia in 2013, where he currently is an associate.
Virasoro is an associate professor of urology at Eastern Virginia Medical School, in Norfolk Virginia, where he is a faculty member at the urology residency and the genitourinary reconstruction fellowship.
Virasoro is a member of the American Urological Association, and served as the Argentine representative for the International Members Committee of the AUA from 2008 to 2011. He is also an active member of the Society of Genitourinary Reconstructive Surgeons (GURS), and The Société Internationale d’Urologie (SIU).
Virasoro is a board member and International Medical Educator (IME) with Physicians for Peace, a local non-profit organization. Since 2013, he has completed bi-annual humanitarian missions to the Dominican Republic (DR), where he performs reconstructive surgeries for indigent patients.
Virasoro is the Co-Founder, and Co-Director of a Genitourinary Reconstructive Surgery Fellowship in Santo Domingo, DR. The fellowship, accredited by Universidad Autónoma de Santo Domingo, est. 1538, and already trained the first applicant and will train two more local Urologists over the next 3 years.
Virasoro has published several articles regarding genitourinary reconstruction, and has authored many chapters in urology. He has presented his research at numerous national and international meetings.
When not working, Virasoro enjoys traveling and spending time with his family.