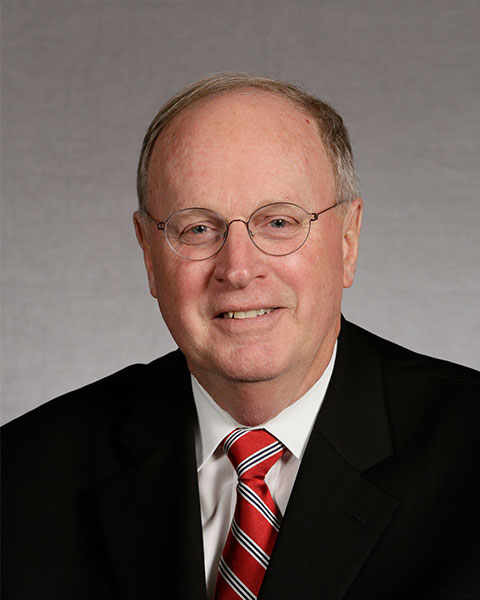 Robert C. Flanigan, MD, FACS is a professor in the Department of Urology at Loyola University Chicago Stritch School of Medicine. He most recently served as the Albert J. Speh Jr. and Claire R. Speh Professor and served as the School of Medicine's department chair from 1986 through 2018. He graduated from Case Western Reserve University (CWRU) School of Medicine before completing his residencies in urology and general surgery at CWRU Affiliated Hospitals in 1978. After residency, he served in the U.S. Air Force for two years and was awarded the Air Force Commendation Medal. He then began his academic career at the University of Kentucky before accepting a position at Loyola University Chicago.

Dr. Flanigan is involved in basic and clinical research. His primary research interests are in the area of urologic oncology, especially renal and prostate carcinoma. His research work with cytoreductive nephrectomy has dramatically changed practice patterns in advanced renal cancer. In 2011, he received the Distinguished Contribution Award of the Society of Basic Urologic Research. Dr. Flanigan has also made over 430 contributions to medical literature.

Dr. Flanigan has served as President of the North Central Section of the AUA, the American Board of Urology, the Society of Urologic Oncology, the Society of University Urologists, the Society of Pelvic Surgeons, and was founder and first President of the Society of Urologic Chairpersons and Program Directors. In 2011, he completed a five year term as AUA Secretary, during which he directed the development of the first Core Curriculum for Urology and initiated the Global Philanthropic Committee. In 2011, the AUA created the Robert C. Flanigan Education Award to be presented every three years to an individual that made exemplary contributions to the educational goals of the AUA. In 2017, he was awarded the AUA's highest honor, the Ramon Guiteras Award, for outstanding contributions to the art and science of urology.