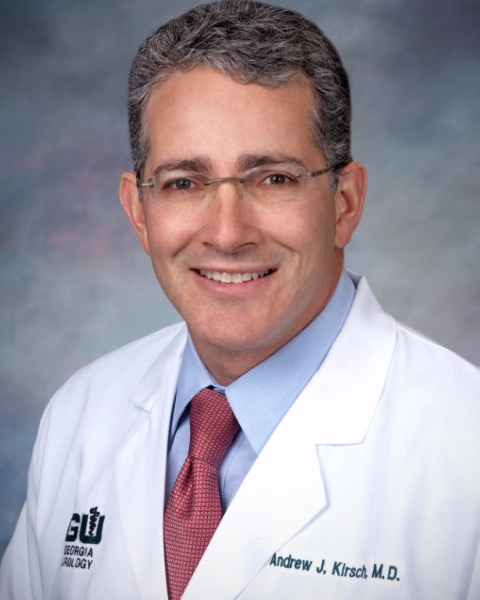 Emory University School of Medicine and Children's Healthcare of Atlanta

Dr. Kirsch is Professor and Chief of Pediatric Urology at Emory University School of Medicine and Director of Robotic Surgery at Children’s Healthcare of Atlanta. Dr. Kirsch earned his medical degree from SUNY Health Science Center in New York, where he received two NIH Research Fellowship Awards and was inducted into Sigma Xi Research Society. In 2006, he was honored by his medical school as the Master Teacher in Urology. He completed residency in general surgery and urology at the Columbia University College of Physicians & Surgeons. He completed his fellowship in pediatric urology at the Children's Hospital of Philadelphia, where he was an American Foundation for Urological Diseases Scholar. Dr. Kirsch is past secretary and president of the Society for Fetal Urology, and is a member of the American Urological Association (AUA), American Association of Pediatric Urologists (AAPU), American Academy of Pediatrics (AAP), and Society of Pediatric Urology (SPU). He is Chairman-elect, AAP, Section of Urology. He has written extensively in the field of pediatric urology, with emphasis on vesicoureteral reflux, cryptorchidism, and magnetic resonance urography, publishing nearly 300 journal articles and book chapters. Dr. Kirsch has invented several devices and developed an endoscopic technique to correct urinary reflux in children that has become the standard of care worldwide. He has personally trained over 500 physicians on the procedure worldwide, and has lectured throughout North America, South America, Asia, and Europe.