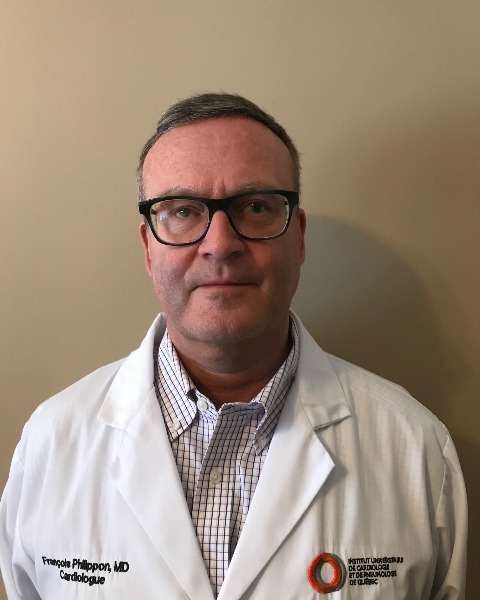 Dr Francois Philippon trained in internal medicine and cardiology at Laval University. He underwent his interventional electrophysiology training at the University of Alabama at Birmingham (UAB), USA.
He joined « l’Institut Universitaire de cardiologie et de pneumologie de Québec (Hôpital Laval) » in 1994. He was chief of the electrophysiology laboratory for 6 years and then chief of staff for 2 years.
From 2003 to 2011, he was chief of the cardiology department at the Institute, which regroup the cardiology and cardiac surgery divisions.
From 2007 to 2013, he was appointed by the Health Care Minister as president of the Quebec Cardiology Network (Réseau Québécois de cardiologie tertiaire, RQCT, www.rqct.qc.ca).
From 2009-2017, Dr Philippon was chief of the cardiology Division, Laval University.
From 2015-2018, he was appointed on the board of directors of the Canadian Arrhythmia Network/Réseau canadien sur les arythmies (CANet/ReCAr), who received a National Center Of Excellence (NCE) grant.
From 2016-2018, he was the President of the Canadian Hearth Rhythm Society affiliated to the Canadian Cardiovascular Society. He is the past-chair of the device committee (CHRS).