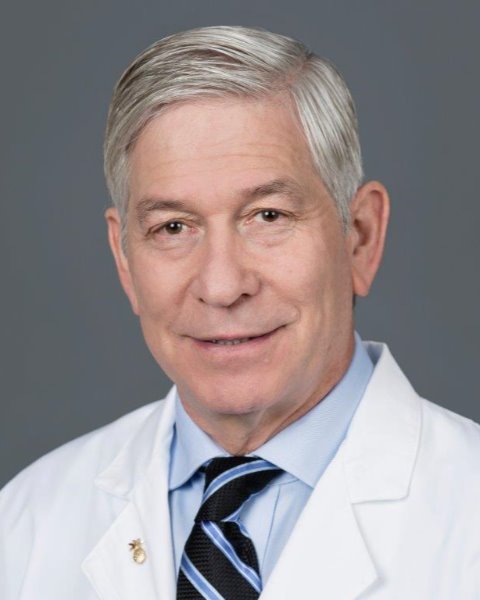 Robert Udelsman was graduated first in his class in 1981 from the George Washington University School of Medicine. He studied General Surgery at Hopkins and completed fellowships in Surgical Oncology at the NCI (1983-1985), Endocrinology at the NICHD (1983-1986) and GI Surgery at Hopkins (1989-1990).
He joined the Hopkins faculty in 1990 and was appointed Professor of Surgery (1999), Oncology (2000) and obtained a Master’s in Science (1999) and MBA (2000).
In 2001, he accepted the positions of Chairman of Surgery, Yale University School of Medicine and Surgeon-in-Chief, Yale-New Haven Hospital. He transformed the Department quadrupling its size, case volumes and productivity. He attained international leadership positions in Endocrine Surgery serving on multiple editorial boards and published over 400 original manuscripts chapters and reviews including work in Nature, JCI, PNAS, Annals of Surgery and the New England Journal of Medicine. He is an internationally recognized in minimally invasive approaches to adrenal, thyroid and parathyroid disease and has performed over 7,000 thyroid and 6,000 parathyroid operations.
His awards include America’s Top Doctors (15 years in a row), America’s Top Doctors in Cancer, America’s Most Honored Professionals, Patient’s Choice Award, Top 100 Minimally Invasive Surgeons and Leading Physician in the World. He has served as President of both the American and International Associations of Endocrine Surgeons.
In 2017, he joined the MCI as Director of the Endocrine Neoplasia Institute, Chief of Endocrine Surgery and Director of the Endocrine Neoplasia Team and has developed one of the largest endocrine surgery practices in Florida.