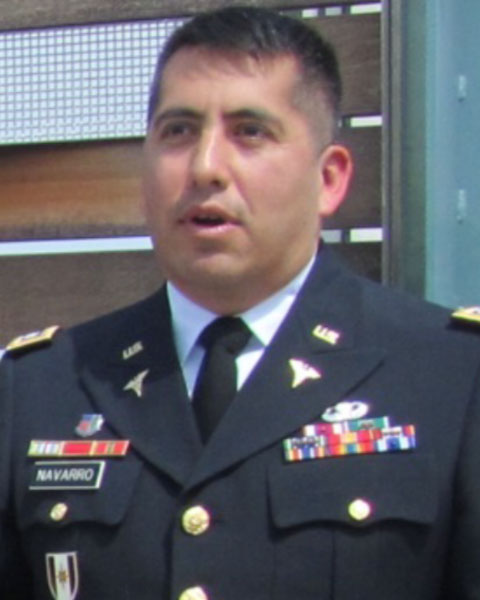 LTC Aniceto Navarro is an Active Duty Army Psychiatrist currently serving at Walter Reed National Military Medical Center as the Department Chief of the Education and Consultation Services in the Directorate of Behavioral Health. LTC Navarro is a graduate of the Uniformed Services University of the Health Sciences. Upon graduation, he trained in the combined residency of Internal Medicine and Psychiatry at the Walter Reed Army Medical Center in Washington DC. Upon graduation from this program, he was hand selected to be the Chief Medical Officer of the first Warrior Transition Units Warrior Clinic. Upon finishing his tour of duty as an internist, he was accepted to and completed Fellowships in both Geriatric Psychiatry and Psychosomatic Medicine. He has had four board certifications with current certification in Geriatric Psychiatry and Consultation Liaison Psychiatry. Once completing fellowship training, LTC Navarro was transferred to Fort Bragg, NC to serve as the Senior Psychiatrist at Womack Army Medical Center. During his time at Fort Bragg, he twice deployed to support Operation Enduring Freedom with Combat Operational Stress Control Units. He then returned to the Washington DC area to serve on the Psychiatry Consultation Liaison Service at Walter Reed until his current position. In addition to his duties at Walter Reed, he serves as a Consultant to the Armed Forces Retirement Home in Washington DC and as the Army Psychiatry Regional Consultant in the Atlantic region.