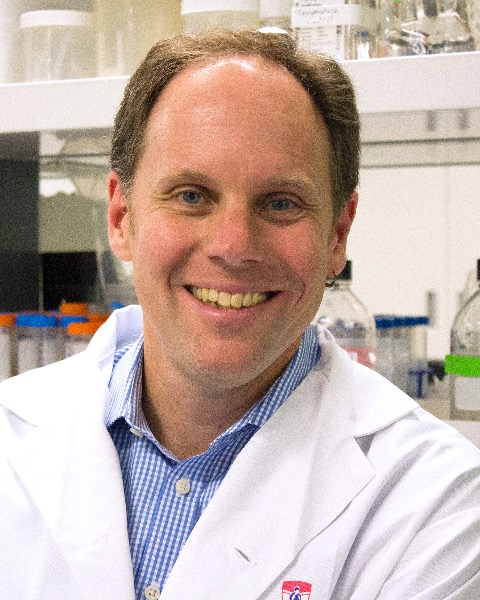 Dr. Sheppard is a Professor and Chair of the Department Microbiology & Immunology at McGill University and Director of the McGill Interdisciplinary Initiative in Infection and Immunity (MI4). He leads the medical mycology laboratory and practices clinical infectious diseases at the McGill University Health Centre in Montreal. His primary clinical area of interest is human fungal disease, particularly invasive aspergillosis in the immunocompromised host.
Dr. Sheppard obtained his medical degree from the University of Toronto, Ontario in 1993. He completed his residency in internal medicine at McGill University in 1997, followed by an infectious disease fellowship at the University of California, San Francisco. Dr. Sheppard returned to McGill University to pursue a medical microbiology fellowship. He completed a postdoctoral fellowship at the Harbor-UCLA Medical Center, California in 2004 before establishing his research laboratory at McGill University.
Dr. Sheppard’s research interests focus on elucidating the mechanisms by which the fungal pathogen Aspergillus fumigatus causes human disease as a means to develop new therapeutics for these infections. His group has discovered the molecular mechanism by which Aspergillus forms biofilms, and is pursuing antifungal therapies that interfere with this process. His laboratory is funded by research operating grants from the US National Institutes of Health, the US Department of Defense, the Canadian Institutes for Health Research, and the Cystic Fibrosis Foundation of Canada. He has published over 100 research papers and book chapters and has delivered over 150 invited lectures worldwide. Dr. Sheppard has been the recipient of numerous awards including a Clinician-Scientist award from the Canadian Institutes of Health Research, a Career Award in the Biomedical Sciences from the Burroughs Wellcome Fund and a Research Chair from the Funds de Recherche Sante Quebec. He is Fellow of the Canadian Institute for Advanced Research (CIFAR) and has been elected to the Canadian Academy of Health Sciences, the American Society of Clinical Investigation and the American Academy of Microbiology.