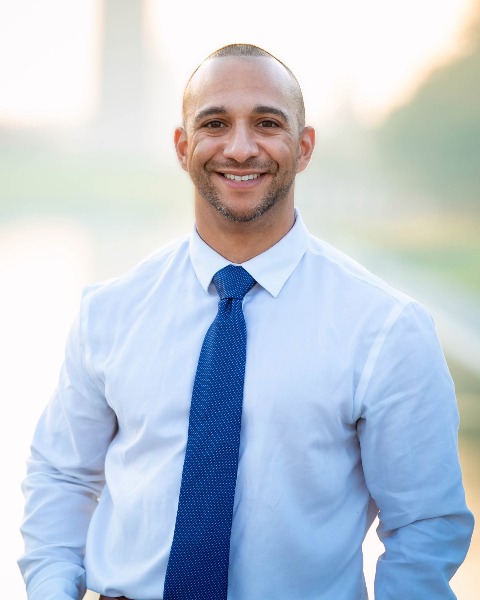 A native of Los Angeles, California, Leith States received his bachelors degree from Azusa Pacific University, masters degree in public health from the Loma Linda University School of Public Health, and his medical degree from the University of California at San Diego School of Medicine. He received internship training in Internal Medicine at the Naval Medical Center San Diego, and completed residency training in Preventive Medicine at Loma Linda University Medical Center, serving as Chief Resident in his final year of training.

From 2011 to 2013, States served as Battalion Surgeon for 1st Battalion, 1 Marines, 1st Marine Division, where he deployed in support of combat operations during Operation Enduring Freedom. He directed a medical department consisting of one physician assistant, two Independent Duty Corpsmen, and over sixty Navy Corpsmen in garrison and combat-related care for over 1200 United States Marines. From September 2015 to July 2018 he was assigned to Navy Environmental and Preventive Medicine Unit FIVE where he served as Department Head for Operations, Officer in Charge for the Forward Deployable Preventive Medicine Unit - team FIVE, and the Navy Medicine West Public Health Emergency Officer, providing public health expertise to an active duty population of over 500,000 spread across the Pacific Command region. He currently serves as the acting Chief Medical Officer for the Office of the Assistant Secretary for Health, Department of Health and Human Services working on issues of national public health importance for the Assistant Secretary for Health.

States is board certified in Preventive Medicine, and is a current member of the American College of Preventive Medicine. He has published previously on pediatric oncology molecular biology, and has been actively involved with development and implementation of clinical programs aimed at improving preventive care services delivery to veterans living with HIV/AIDS. He has also served as a fellow with the Office of Disease Prevention and Health Promotion, US Department of Health and Human Services, engaging in research on patient-centered health information technology. His personal awards include the Meritorious Service Medal, Navy and Marine Corps Commendation Medal, Navy and Marine Corps Achievement Medal and multiple unit and campaign awards.