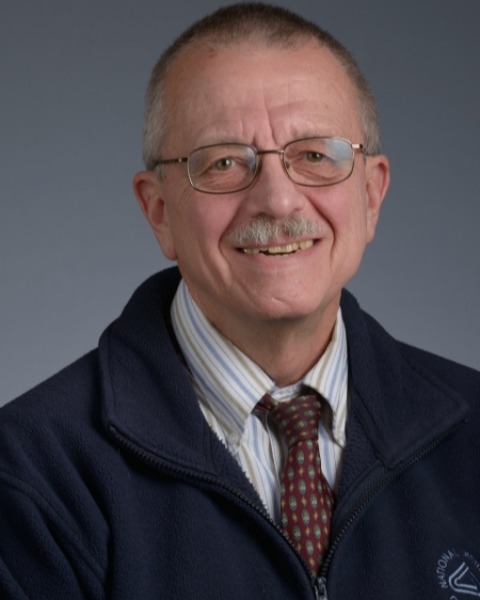 Van S. Hubbard, M.D., Ph.D. retired from Federal service in November 2015. Most recently, he was Director, NIH Division of Nutrition Research Coordination and Associate Director for Nutritional Sciences, National Institute of Diabetes and Digestive and Kidney Diseases, National Institutes of Health. Dr. Hubbard had been at NIH since 1976 in various positions and attained the rank of Rear Admiral and Assistant Surgeon General within the Commissioned Corps of the US Public Health Service prior to transitioning to civilian service in 2010. He was chair of the NIH Nutrition Coordinating Committee and served as the NIH representative on numerous federal and non-federal committees. He helped to establish the joint service cystic fibrosis clinic at the National Naval Medical Center (now Walter Reed National Military Medical Center) in the mid 1980's. He has also received three Meritorious Unit Commendation (Navy-USMC) awards for helping deliver clinical care at the National Naval Medical Center. From 2005-2008, Dr. Hubbard served as the Senior Advisor to the Secretary of DHHS on obesity. Additionally, he served on the Committee on Nutrition of the American Academy of Pediatrics from 1988-2015. He still holds an appointment as Professor of Pediatrics at the Uniformed Services University of the Health Sciences.

Dr. Hubbard has received many honors such as the Certificates of Appreciation from FDA, DHHS, and USDA. He was awarded the USPHS Outstanding Service Medal, three Meritorious Service Medals, and the Surgeon General’s Exemplary Service Medal, two DHHS Secretary’s Awards for Distinguished Service and four NIH Director’s Awards. He was elected an Honorary Member of the American Dietetic Association (2000); received The Obesity Society’s George Bray Founders Award (2002); received The Obesity Society’s Mickey Stunkard Lifetime Achievement Award (2010); received the 2012 Barney Sellers Public Policy Award from the American Society for Parenteral and Enteral Nutrition; and voted Fellow of the American Society for Nutrition (2014) and Fellow of the American Society for Parenteral and Enteral Nutrition (2017). His major research interests are clinical nutrition, obesity, cystic fibrosis, and nutritional modulation of disease risk.

He received a B.S. in Chemistry from Union College (1967), a Ph.D. in biochemistry and M.D. from MCV, Virginia Commonwealth University (1974). He completed an internship and residency in the Department of Pediatrics at the University of Minnesota Hospitals and is a Fellow of the American Academy of Pediatrics.