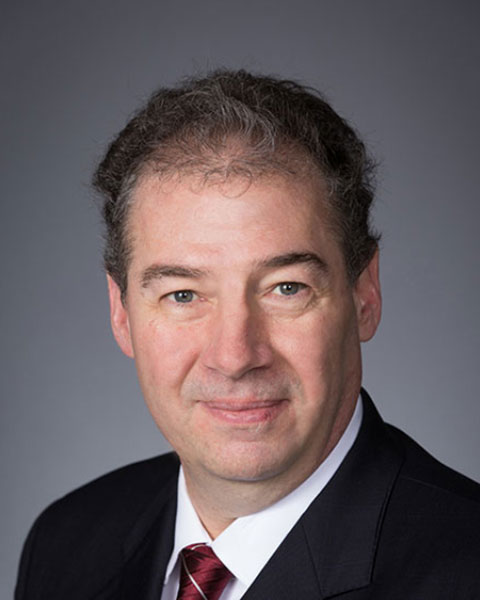 Patrick J. Stover, Ph.D. is Vice Chancellor and Dean of Agriculture and Life Sciences at the Texas A&M University System. He graduated from Saint Joseph’s University with a BS degree in Chemistry and was awarded the Molloy Chemistry Award at graduation. He received a PhD degree in Biochemistry and Molecular Biophysics from the Medical College of Virginia and performed his postdoctoral studies in Nutritional Sciences at the University of California at Berkeley. In 2015, he was elected as a member of the National Academy of Sciences, and in 2014 was elected as a Fellow of the American Association for the Advancement of Science. In 2014, he received the SUNY Chancellor's Award for Excellence in Scholarship and Creative Activities, and the Osborne and Mendel Award for outstanding recent basic research accomplishments in nutrition from the American Society for Nutrition, and a MERIT award from NIDDK-NIH. In 1996 he received the Presidential Early Career Award for Scientists and Engineers from President Clinton, the highest honor bestowed by the U.S. government on outstanding scientists and engineers beginning their independent careers. He has been selected as an Outstanding Educator four times by Cornell Merrill Presidential Scholars. He is editor of the Annual Reviews of Nutrition.
The Stover research group investigates the fundamental chemical, biochemical, genetic and epigenetic mechanisms, and the associated pathways within the one-carbon metabolic network, that underlie the relationships among nutrition, metabolism and risk for birth defects, cancer and neurodegenerative diseases Our research is revealing the causal role of nuclear dTMP synthesis in folate- and vitamin B12 responsive pathologies, and informing novel nutritional strategies for the prevention and management human pathologies.